Lao Tzu and The Prescription for Activity Task Force

by American Council on Exercise
on December 07, 2017
Filter By Category

by American Council on Exercise
on December 07, 2017

The ancient Chinese philosopher Lao Tzu said, “If you do not change direction, you may end up where you are heading.” While this quote is said to be 2,500 years old, when we apply its essence to our healthcare system, it is nevertheless timely, urgent and critical.

Consider the current direction of overall health in the United States: By 2030, 83.4 million Americans may suffer from three or more chronic diseases and 50 percent of the population may be impacted by obesity. Meanwhile, nearly three in 10 Americans are considered inactive.

Without a doubt, we’re headed in a direction that leads to unsustainable costs and widespread human suffering.

In 2016, with eyes wide to the future, and a zeal to change the direction of the healthcare system, ACE convened an inspired group of experts, known collectively as the Prescription for Activity Task (PfA) Force, to answer a question as profound as it is complex:

How might healthcare be mobilized to its full potential, for all the lives it touches, to help more people reach recommended physical-activity levels?

After three separate think-tank style meetings and countless hours of work in between, the PfA Task Force completed a systems-change map that leads the United States toward an ultimate outcome of cultural transformation by the year 2035—a culture where physical activity is prioritized, feasible and enjoyable across diverse population groups; and where 50 percent or more of Americans in every community, demographic and age group achieve recommended levels of physical activity.

On November 6, the PfA Task Force announced the launch of the implementation phase of the change map and released several new resources to ignite a cultural transformation.

To view a five-minute video on the creation of the systems-change map, review the map or read the PfA Task Force’s White Paper detailing the creation and upcoming implementation of its vision at www.prescriptionforactivity.org.

Achieving the ultimate outcome by 2035 is undoubtedly audacious, and the prospects for success are unclear. But we know where the current path is heading. We know it’s a destination that nobody desires—a dead end, in fact, for many.

I, for one, am filled with great hope for the new journey. I believe in the change map. I believe in the leadership team. And, above all, I believe that the American people will support the change in direction, fundamentally affirming Lao Tzu’s belief that “Health is the greatest possession.” 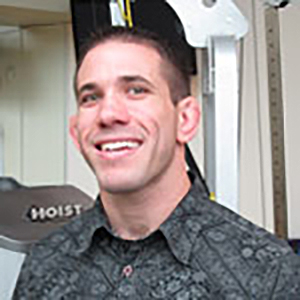