With the rise of obesity rates and disease, the future of many Americans’ health seems gloomy, but there has been an increase in health advances in the consumer market. More than ever, Americans are more concerned about genetically modified ingredients (GMOs) and organic-based foods. Due to this demand and mass interest, industries are changing the way they do business. Here are some examples of how Americans have joined the health-conscious trend and are influencing the future health of their fellow citizens.

In 2010, the Food and Drug Administration required mandatory menu calorie counts for all chain restaurants with 20 or more locations. This made it possible for Americans to “see” the nutritional composition of the foods they are ordering. Also, nutrition information is offered on every fast food website.

Throughout the years, there’s been debate about genetically modified or secret ingredients used in foods sold in restaurants and stores. Recently, companies such as Chipotle and Subway were part of several journalists’ investigation regarding these types of ingredients. Reporters found that Chipotle used genetically modified corn, oil and other ingredients. They also uncovered the fact that Subway used a chemical called azodicarbonamide, dubbed the “yoga mat chemical” because it is used to make yoga mats (and bread) more spongy and pliable.

Today, Chipotle stands proud with their “food with integrity” motto and no longer offers genetically modified ingredients. On their website Chipotle states, “In our quest to serve the best ingredients, we decided to remove the few GMOs in our food so that our customers who choose to avoid them can enjoy eating at Chipotle.” Chipotle also serves free-range beef, which is a big leap forward for American fast food.
As for Subway, they removed the “yoga mat chemical” from their bread in 2014.

Although eating fast food is not the best option nor should it be a part of one’s everyday food plan, it is important for people to have a healthier option when eating on the run becomes a necessity.

Younger Generations Can Lead the Future of Health

The 2014 Nielsen’s Global Health and Wellness Survey canvased 30,000 consumers in 60 different countries. They found that members of Generation Z (who are under the age of 20) are on the health-conscious trend are more concerned about GMO and organic ingredients than their parents and grandparents. The study found that this generation is 41 percent more willing to spend money on healthier products compared to 32 percent of Millennials (21-34 years old) and 21 percent of Baby Boomers (50-64 year olds). This study also found that 80 percent of consumers use food to control medical issues such as diabetes, obesity and high cholesterol.

According to the United States Organic Food Market Forecast & Opportunities 2018, the Western U.S. is driving much of the organic food market, which is expected to grow 14 percent from 2013 to 2018. The 2012 Organic Trade Association estimates about 81 percent of American families claim to purchase organic food at least occasionally.

Natural Foods With Beneficial Ingredients are Most Desirable

risk for disease or promote good health. Among respondents with weight-loss goals, 83 percent of North Americans changed their diet and 74 percent engaged in physical activity to lose weight.

This indicates that diet and exercise are the two leading influencers when it comes to managing weight and health. The study also looked at how people changed their diet to lose weight. Fifty-nine percent of North Americans cut down on fat, chocolate and sugar and 60 percent ate more fresh and natural foods.

The “all natural” and “organic” labeled foods and products have also grown in popularity. The Nielsen report claims “all natural” products have seen a 24 percent growth in sales over the past two years and 28 percent sales growth for “organic” products during the same time period. When surveyed, approximately one-third of North Americans believe that getting “back to the basics” is very important in purchasing decisions. This includes whole, all-natural, GMO-free, artificial flavor- and color-free foods.
The Nielsen Group also found that consumers are monitoring food labels, with 55 percent of respondents indicating they select food based on ingredient list.

Traditionally, large cities tend to influence a health-conscious trend. In population-dense areas, walking is the main mode of transportation and residents have greater access to healthy foods and public spaces. Although qualitative in observation, healthier food cafes and restaurants are opening across the United States. Also, it is common to find healthy ingredients and super foods such as kale, beets and acai offered on menus, which was not part of the American diet at the start of the new millennium.

Fitness Technology on the Rise

According to a May 2014 Business Insider report, about 3.3 million fitness bands and activity trackers were sold between March 2013 and April 2014.

Forty-three percent of global respondents to the Nielsen study believe all-natural and non-GMO foods are important. The study also suggests that beliefs and behavior don’t always align, which highlights a need for further lifestyle and health education.

As health and fitness professionals, we understand that change takes time. Whether a client wants to lose weight or alter a health behavior, change is a process that takes time, patience and dedication. The same truth applies to the consumer food industry. Although change does not happen overnight, the demand is there for companies to offer foods with better ingredients.

The biggest gap that still exists is between intention and behavior change. Health education and better strategies are essential for people to adopt healthier habits. The next question we need to ask is, “How can we help change the intentions or behaviors of clients and consumers?”

The Nielsen Group (2014). Health and wellness in America: The consumer perspective. Reports.

The Nielsen Group (2015). We are what we eat: Healthy eating trends around the world. 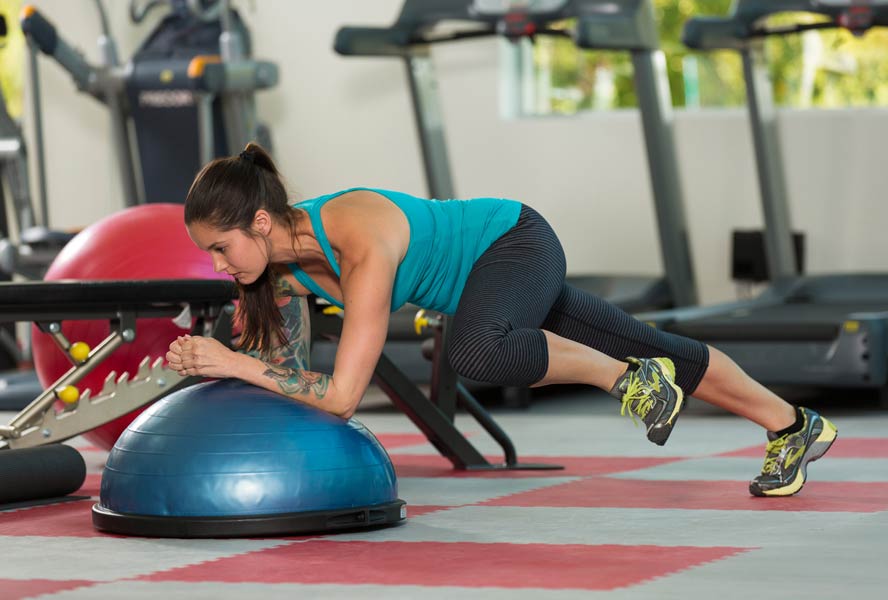 Strengthen Your Core with This Ab Circuit Workout

by Elizabeth Kovar
on May 20, 2016
Load Previous Article
Brand Anthem