Train This, Not That: The Upper-body Edition

by Shana Verstegen
on February 02, 2015
Filter By Category

Once again, we are visiting some common exercise selections and identifying which ones may not be the safest option for achieving your goals. Let’s face it—people love great-looking delts, biceps, triceps and pecs, so they flock to the fitness magazines to see which exercises bodybuilders are doing, but most of us aren’t bodybuilders. And while many people can safely complete these exercises and gain some benefit, most people who come to the gym don’t have the mobility or strength to safely complete them. Fortunately, there are better—and safer—options.

Kipping pull-ups are used as the primary form of pull-ups for CrossFit elite athletes. Just trying to build some strength and not going for a new CrossFit record? Leave this exercise by the wayside and let the pros handle it.

In kipping pull-ups, a swing is used in the bottom of the pull-up to build momentum to get the chin up and over the bar. Unfortunately, this same momentum does not allow the exerciser to lower back to the starting position with control. The eccentric overload on the muscles at the bottom of the swing can cause damage to other structures, such as ligaments and the labrum. Not only can they be a safety risk, but by using this momentum, there is much less load on the muscles, preventing significant strength gains.

Goal: Building strength in the back, shoulders and core

Begin your pull-up from a dead-hang position with tension around the scapulae and shoulders so that you are not just “hanging out” in your shoulder capsules. With your core braced and body planked, pull your chest up to the bar with control. Lower back down to the starting position with control, and don’t let your body just “hang.” If this move is too difficult to do without adding a swing, consider beginning your pull-ups in an assisted pull-up machine. 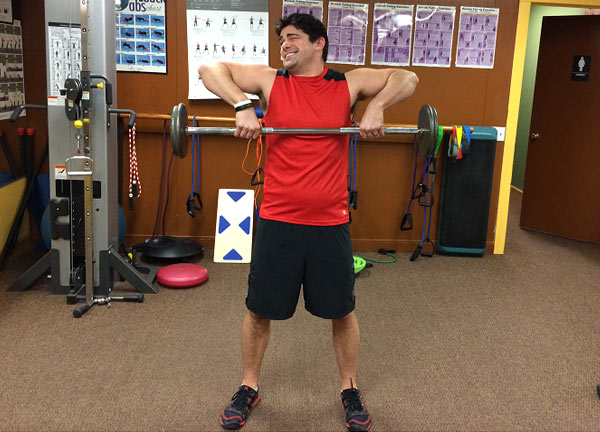 Because grabbing the bar in an overhand grip causes your shoulders to become internally rotated, you tend to run out of space while raising your elbows to complete an upright row. Every time you raise weight in this internally rotated position, tendons and nerves are pinched while the head of the humerus bangs up against the acromioclavicular joint (at the top of the shoulder). 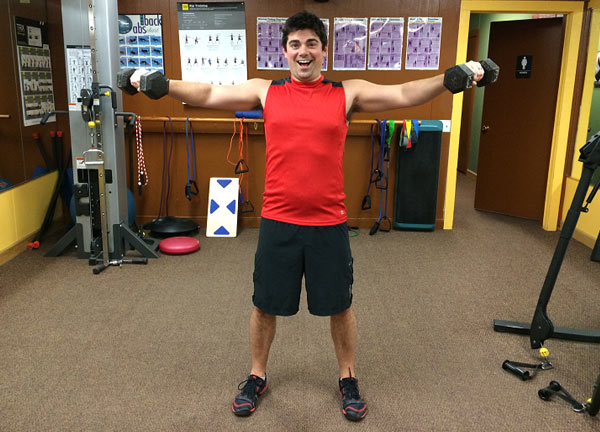 Stand in a proper upright posture, with the shoulders down and back, Lift dumbbells up to the sides of your body until they become parallel to the floor. Slowly lower them back down to your sides, without losing tension on the muscles before the next lift. If there is any tightness or pinching in the shoulders during this movement, try the same thing with lighter weights and with the thumbs pointing up toward the ceiling as you raise the weights. 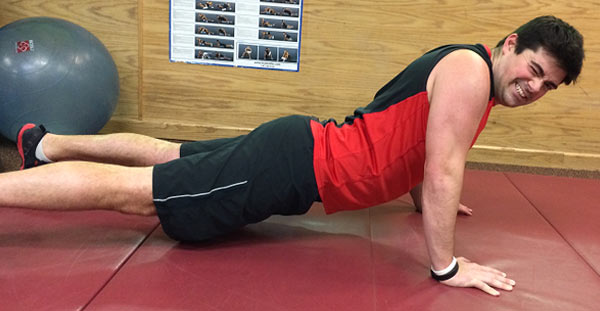 Although plyometric push-ups (also known as clapping push-ups) are fun, this exercise can put an extreme load on the shoulders and spine if the exerciser is not properly prepared. This short, intense eccentric load during the landing phase of the push-up can push the head of the humerus too far back into the shoulder capsule. It can also force the spine into overextension if the muscles are not properly engaged.

Goal: Introduce a faster rate of contraction to your push-ups, which will help build power in the chest and shoulders 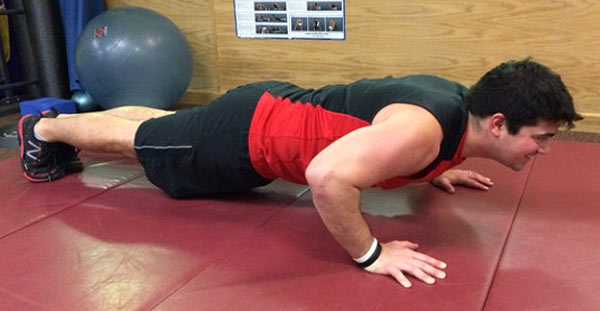 Begin in an upward plank position with the entire body braced. Slowly lower the chest toward the floor and then return to the starting position with explosive speed without leaving the ground. This exercise can also be done from the knees. 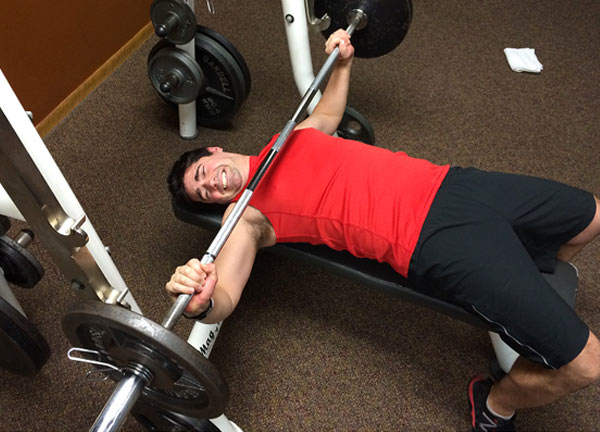 According to a review of research published in the Strength and Conditioning Journal, the amount of torque in the shoulders is nearly 1.5 times greater when widening the grip of a bench press. This increased torque can lead to rotator cuff injuries and pectoralis major rupture. That means the risk of this exercise far outweigh any potential benefits.

Goal: Strengthen the chest and triceps 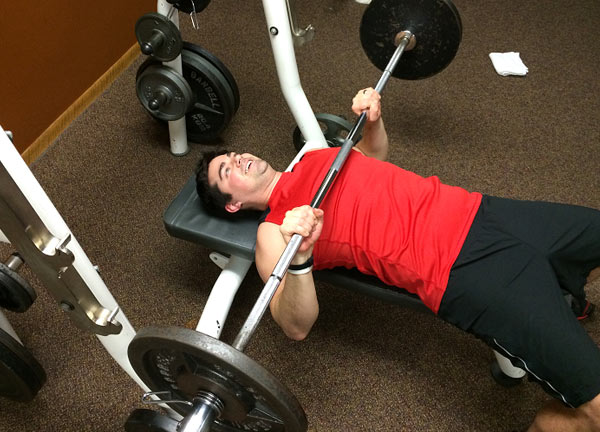 Decrease the load placed on your shoulders by narrowing your grip on the barbell. Begin your lift with your hands shoulder-width apart or just slightly wider. Brace your core to avoid excessive arching throughout the movement and lower the bar about 1 to 3 inches above your chest. Keep the lats and shoulders engaged (no “hanging out” in the bottom or top of the lift) and press the bar back up to the starting position. To even further reduce strain on the shoulders, try a dumbbell chest press with the elbows turned in closer to the body, or move your chest press to the TRX Suspension Trainer.

While holding a barbell, your elbows are usually out to the side in a “goal post” position. Doing a press in this position is less than optimal for the head of your humerus to move through the shoulder socket and can lead to compression and rotator cuff injuries.

Goal: Strengthen the deltoids and triceps

Begin holding a dumbbell in each hand at chin height, with your elbows pointed just outside of forward. Brace your core to avoid overextending your lumbar spine. Push the dumbbells overhead, keeping your pinkies and elbows pointed mostly forward rather than straight out to the side. Slowly lower the dumbbells back to the starting position and repeat.

To learn which core exercises to do and which ones you can skip, check out my "Train This, Not That: The Core Edition" blog.

The Importance of Identifying Your Client’s “WHY”