by Jonathan Ross
on January 30, 2014
Filter By Category 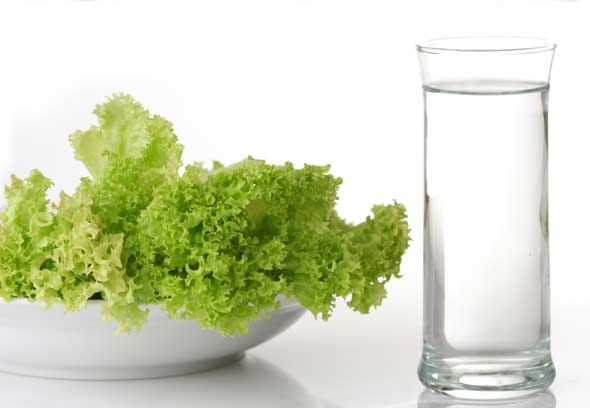 Lifestyle habits that don’t work suffer from two main problems. First, they come from a desire for things to be really simple. Simple is attractive, but it has a dark side. If you are made to believe getting healthy is simple, and you struggle with it, the only conclusion you are left with is that something must be wrong with you. And this kind of thinking is destructive to motivation, self-image and confidence. Second, they often carry a theme of extremism—if you were to eliminate or add this one thing to your life, superior levels of fitness, health and vitality are easily yours. And underneath it all, the major problem is an altered, dysfunctional perception of what our relationship to food and our own bodies should be. We treat food as if it is to be guarded and our bodies as though they must be beat into submission or we cannot make any progress.

In this first of a two-part series, we’re looking at two common lifestyle habits that don’t work (part two will cover two more):

1. Everything in Moderation…Delusion in Abundance

This flawed idea usually goes hand-in-hand with the equally flawed “there is no such thing as a bad food.” There are some “edible food-like products” as author Michael Pollan calls them, which have no business going in your body. They are not made of the stuff that sustains life. The major problem is that there are all kinds of weird “food” products with distorted chemicals that can disrupt your physiology. And the resulting dietary imbalances rapidly generate inflammation and a kind of hormonal static that can take weeks or months to clear. Eating a healthy food doesn’t work miracles in a positive direction—that’s just normal. That’s what your body expects—the only dramatic reaction that occurs is to unhealthy foods. A single dose of healthy food is one step forward. But a single dose of unhealthy food is more than one step back—it’s 10 big leaps backward.

The other problem is how people define “moderation.” Having any type of junk food once a day isn’t moderation. That’s a habit. That’s your lifestyle. The other flaw is in people who eat ice cream once a week, but also eat a doughnut once a week and fries once a week, etc. Because each item is eaten once a week, this is interpreted as moderation. Uh, no.

And lastly, keeping unnatural, unhealthy foods as a part of your life on a “moderate” basis keeps your taste buds and your brain’s reward system craving them. When you only have these foods occasionally, they don’t create the same intense cravings for more. This makes your life harder because you must walk around resisting temptation at every turn instead of no longer feeling a temptation.

We are unhealthier as a society than we have ever been, which clearly suggests that this “everything in moderation” idea isn’t working out so well.

It is a shame these programs continue to be so popular. It’s not even fair to call them science fiction—they are actually fiction without the science. Your liver continually works to detoxify the body. It starts working the moment you are born, and doesn’t stop until you die. Your body doesn’t need a “rest from digestion,” and it doesn’t need help from magical supplements or juices. These programs have been debunked so many times and in so many ways, but they are still big sellers because of the promise of a quick fix. As a result, the intense marketing around them continues to overwhelm obvious truth and common sense.

Anyone recommending one of these programs to you is either (1) selling them or (2) is emotionally invested in their benefit. We make almost all decisions based on emotion—despite telling ourselves how rational we are—and once someone has decided to spend their money on a cleansing program, they must believe they work to avoid feeling duped and like they made a poor decision.

An exception is for people with compromised liver function due to an extended period of high-dose, pharmaceutical-grade painkillers (such as someone recovering from a major injury), or someone with fatty liver disease (the result of too much sugar, alcohol or degraded fats in their diet.) These two examples illustrate situations where an abnormally high level of toxins may warrant a medically-supervised detox regimen—and the cessation of ingesting the toxins.

Stay tuned for Part 2 of this series to learn about more lifestyle habits that don't work!