What is the difference between Romanian Deadlift vs Deadlift?

The Deadlift and Romanian Deadlift

The gluteal complex is comprised of the gluteus maximus, gluteus medius and gluteus minimus; these muscles control motion of the hips and legs and are considered the powerhouse of the core. The glutes extend the hips in the sagittal plane, abduct the hips in the frontal plane and externally rotate the hips in the transverse plane. Any exercise that requires the hips to move into one of these motions can be used to strengthen the gluteal muscles.

Two of the most effective exercises for strengthening the glutes in the sagittal plane via the motion of hip extension are the Romanian deadlift (RDL) and the traditional deadlift. While these exercises may have intimidating names, it’s important to note that they derive from the fact that the weight starts in a static position with no momentum and not from any adverse effect that might be experienced from performing the exercise. And, though the names might be similar and both exercises are based on the movement of hinging at the hips, the RDL and traditional deadlift differ in how the movements are performed.

The primary difference between the exercises is that the deadlift is performed by lifting the weight from the floor and the RDL starts with the weight held in front of the hips. Otherwise, these exercises are similar in that they require the spine to remain in a stable, non-moving position throughout the entire range of motion while using the glutes and upper legs, which makes them effective for strengthening the muscles that move and stabilize the core region.

The deadlift and RDL differ from the squat in that both exercises involve movement primarily at the ilio-femoral joints of the hips, with most of the force coming from the glutes. By contrast, the hips and knees move together during a squat exercise. Note: One of the most important benefits of the deadlift and RDL are strengthening the deep spinal stabilizers. While a weight belt can help support the lumbar spine, it should only be used with heavy weights. When learning the exercises, use lighter weights to allow the deep core muscles to stabilize the spine (as opposed to the belt). When performing maximal loads for three or fewer reps, however, a belt is advised for support.

The barbell deadlift is one of three lifts used in competitive powerlifting (the other two are the bench press and back squat). When trained properly, the deadlift makes it possible for individuals to lift a tremendous amount of weight. However, it is not necessary to lift heavy weights to receive the benefits of this exercise.

The benefits of adding the deadlift to your strength-training program include:

The deadlift is based on the hip hinge movement pattern. In addition to mobility at the hip joints, proper technique for the lift requires mobility of the ankles and thoracic spine to allow for proper movement mechanics while maintaining extension of the spine throughout the lift. In addition to using the gluteal complex, proper deadlifting form involves using the other hip-extensor muscles of the hamstrings and adductors to generate the upward forces needed to move the weight off the floor.

A primary difference between the squat and the deadlift is that in a squat the load is top-down because it is placed on top of the spine, either on the front of the shoulders for a front squat or along the top of the shoulder blades and cervical spine for the back squat. The front or the back squat with load can be an important exercise for strengthening the muscles that stabilize the spine. However, because the weight rests on top of the spine, it could create a serious injury if proper from is not maintained throughout the range of motion. Both the deadlift and RDL could be safer than the squat because there is no downward, compressive force on the spine.

Muscle forces during a traditional barbell deadlift are generated at the hip, lumbar spine, ankle and knee, respectively; therefore, proper lifting technique for the deadlift requires mobility of those joints combined with stability of the lumbar spine. For optimal mechanics, the barbell must be kept as close to the body as possible throughout the entire lift. Starting with the bar resting against the shins and keeping it close to the legs during the ascent will make it easier to keep the spine straight while generating the lifting force from the legs.

For the concentric (lifting) phase of the deadlift, the muscles involved are:

How to Perform a Barbell Deadlift

A heavy kettlebell is a great option when learning the deadlift because the weight is directly under your center of mass. When using a kettlebell, grip the top of the handle with both hands palms-down (pronated) so that your thumbs are right next to each other. Follow the same instructions for the barbell deadlift; the goal is to keep the shins vertical and use your hips to lift the weight. Once a successful deadlift can be performed with a kettlebell, it will be easier to learn the exercise with a standard barbell.

A popular option for performing the deadlift is to use a hexagon-shaped bar (hex bar), which allows you to stand in the middle of the weight and hold handles on the side of your body which could be more comfortable and allow for greater range of motion from the hips. The hexagon bar reduces the moment arm between the weight and the spine, making it a more comfortable option if you do not like the feel of the bar against the front of your shins. In a study comparing a traditional barbell deadlift to one using a hex bar, researchers found that the hex bar significantly reduced the torque on the lumbar spine and that the study participants were able to lift more weight when compared to the standard barbell. If you have a history of low-back pain but want to do the deadlift to strengthen your back, the hex bar variation could be more effective because it distributes the load evenly around the body.

Follow this link to learn more about the RDL.

The Romanian deadlift (RDL) is an exercise commonly performed with a barbell and is used to develop strength of posterior chain muscles including the erector spinae, gluteus maximus, hamstrings and adductors. The primary difference between the standard deadlift and the RDL is that the former starts with the weight on the floor, while the latter starts with the weight held in front of the hips. Lifting a weight off the floor generates force in a bottom-up direction; starting with the load in front of the hips requires muscles to first lengthen to decelerate the downward pull of gravity before contracting to move the weight back to the starting position.

When done correctly, the RDL is an effective exercise that helps strengthen both the core and the lower body with one move. Unlike the traditional barbell deadlift and other quad-dominant exercises such as squats and lunges that can create shearing forces on the anterior portion of the knees, the RDL places most of the work in the muscles responsible for extending the hip and the knee along the posterior portions of the legs.

The RDL is a closed-chain movement, meaning the feet are planted on the floor, of pelvis-on-femur hip flexion and extension. Hip flexion occurs during the lowering phase due to gravity, and hip extension occurs due to the hip extensor muscles shortening to return the body to an upright position. Bending over to lift an object from the floor could result in rounding the spine as opposed to hinging from the hips. Flexing the lumbar spine against resistance could be a potential mechanism for injury; learning how to maintain spinal stability while performing hip movements could help avoid the risk of a low-back injury. Think of the RDL as a dynamic version of the plank—the deep muscles of the spine have to contract to maintain stability, while the hips allow the movement of flexion and extension.

How to Perform a Romanian Deadlift

Like the standard deadlift, a kettlebell can be used to learn the RDL. When using a single kettlebell, grip the handle in a palms-down (pronated) grip, keep the thumbs next to one another and squeeze the handle as tight as possible during the movement.

Follow this link to learn more about the RDL.

Developing the Foundation of Strength for the Deadlift and RDL

The deadlift and RDL are advanced exercises, The glute bridge and hip thrust are foundational movements that teach the pattern of hip extension while strengthening the deep core muscles. These exercises focus on hip extension and flexion from a lying supine (face up) position on the floor, where the back is in a neutral and relatively safe position while the hips are moving.

Finally, take the time to learn how to perform a standing hip hinge without weight before progressing to using external resistance. To develop optimal strength while reducing the risk of an injury, follow this recommended progression: 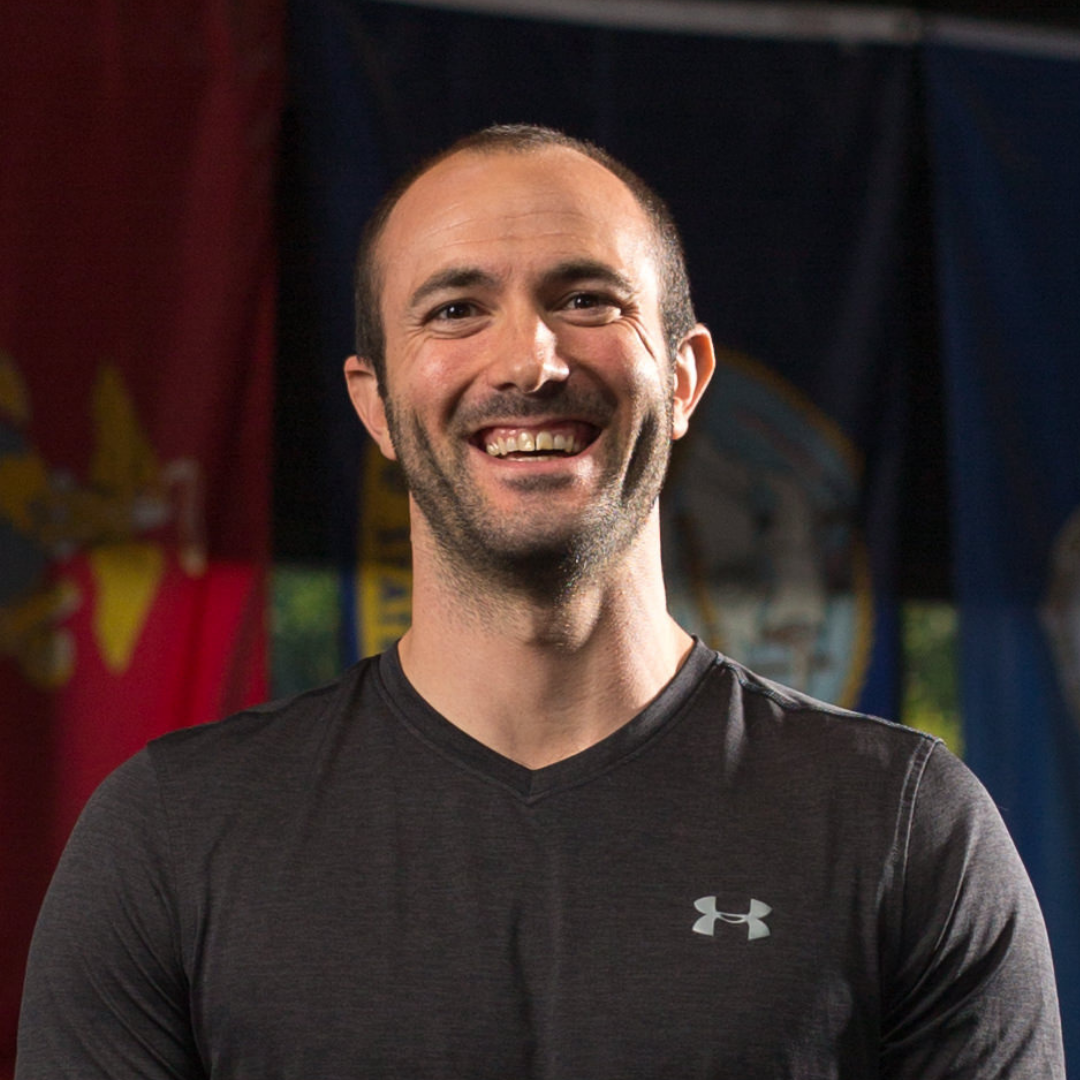