by Pete McCall
on September 07, 2021
Filter By Category

You know the feeling—you put off getting out of your seat or avoid walking downstairs because when you do, you experience a lot of pain or discomfort in your knees. The pain could be short-term, as a result of bumping it against a hard surface or long-term, caused by a significant or traumatic injury. Or it could be the result of a chronic condition such as arthritis, or specific movements that place a lot of stress on the structures of the joint.

Regardless of the cause of the pain, there are lower-body exercises that can strengthen the hip and glute muscles with minimal stress on the structures of the knee joint. However, if the pain continues for a period of 10 days, it’s probably time to schedule an appointment with your doctor to make sure there is not a significant injury. This article identifies four possible causes of knee pain and describes six exercises that could help to reduce knee pain.

A traumatic injury, such as tearing one of the ligaments that connects the femur bone of the thigh to the tibia bone of the lower leg, is a common cause of knee pain. The anterior cruciate ligament (ACL) can be injured as the result of making a rapid change of direction; if the upper body goes in one direction and the foot doesn’t move with it, it is often the ACL that is ruptured as a result. The medial-collateral and lateral-collateral ligaments run along the inside and outside of the knee, respectively, and could also be damaged or torn as the result of the lower and upper legs moving in opposite directions.

Injury to a Meniscus

Bones do not touch one another because joint capsules contain synovial fluid and cartilage, which act as a cushion between the bones. The knee joint contains two menisci, medial and lateral, which are C-shaped sections of connective tissue that cushion the forces between the condyles of the femur and the upper section of the tibia. A subluxation occurs when a joint does not track properly through its intended path of motion; think of a kitchen drawer that sticks and doesn’t work properly. If there is a subluxation in the knee and the joint doesn’t function properly, it could stress one of the ligaments or compress one of the menisci, causing damage to the structures that results in pain.

Often, the knee itself is not the cause of pain, but it is where pain occurs as the result of either the hip or the ankle not functioning to the best of their ability.

The knee collapsing toward the midline of the body while walking or running could be due to a lack of lateral stability from the hip and is another possible source of pain. The gluteus medius muscle connects the pelvis to the lateral portion of the femur. It has fibers on both the anterior and posterior sections of the bone and can create the actions of abduction, moving the upper leg away from the midline of the body, as well as both internal and external rotation. While the gluteus medius can move the leg away from the body, its primary function is to create stability when the body is balanced on a single leg during the mid-stance phase of the gait cycle while walking or running. If the gluteus medius does not do an efficient job of stabilizing the femur, the knee could collapse to the midline of the body, which creates a subluxation,stresses the ligaments and menisci, and ultimately results in pain.

Dorsiflexion is motion at the ankle joint, where the top of the foot moves closer to the tibia bone (commonly called the shin). Dorsiflexion occurs naturally when the body passes over the foot during the mid-stance phase of gait. If the ankle does not have the proper mobility to allow dorsiflexion as the body passes over the foot, it could cause the foot to turn out and the knee to collapse to allow this phase of the gait cycle to occur in the absence of adequate ankle mobility. In other words, if the ankle is lacking proper mobility it will cause other joints to be more mobile (the knee) to make up for the deficiency and allow movement such as walking to occur.

During squats or lunges, if the ankle does not have the proper mobility, these movements could cause the knee to move forward. If the knee moves too far forward during the downward phase of the squat or lunge, the femur bone of the thigh could push into the patella bone (kneecap) and create strain on the patellar ligament that connects the femur to the patella and tibia bones.

The following exercises can strengthen the hips and thighs, specifically the glutes, adductors, hamstrings and quadriceps muscles, which control the motion of the hips and knees. The focus of each exercise is to engage the hips while allowing only a limited amount of motion in the knee. In the case of the lunges, the fact that the body is moving backward causes most of the force of the exercise to move into the glutes, which strengthens those muscles, as opposed to  moving into the knees and causing strain on the patellar tendon. These links provide additional information about how the hamstrings and adductors function to control motion of the hips and knees.

Lie flat on your back with your hands by your sides so that your palms are turned up facing the ceiling. Position your feet away from your glutes with your toes pulled up toward your shins. Squeeze your glutes as you press your heels into the floor and push your hips up toward the ceiling. Perform 15-20 reps, rest for 45 seconds, and complete two to four sets.

To increase the intensity, perform hip thrusts by placing a weight over the top of the hips or place a mini-band just below the knees. For hip thrusts, the weight causes the glutes to work harder, which increases their strength; this article discusses the benefits of the hip thrust exercise. A mini-band placed just above the knees will pull the knees closer together, which means the gluteus medius on each leg has to work harder to keep this motion from happening.

If it’s hard to get down on the floor, this is a great move for strengthening the glutes to create more stability at the knee. Place a mini-band around both ankles. Press your right foot into the floor to create stability while pushing your left heel straight back to extend your left hip. Perform 15-20 reps and then switch legs; complete two to four sets.

Connect a power band to a solid anchor. Step inside so that the band is positioned on the bony points of the pelvis and the anchor point is behind you. Place your hands on your head, behind your ears, and keep a slight bend in the knees. Maintain a long spine as you push your tailbone back while hinging at the hips. Perform 15-20 reps, rest for 45 seconds, and complete two to four sets. To increase the intensity, hold one dumbbell in each hand while completing the hip thrusts.

Stand with your feet hip-width apart. Step backward with your left leg while sinking into your right hip. To increase the activation of the glute, lean forward slightly while maintaining a long spine. To return to the starting point, straighten your right knee while swinging the left leg forward to the starting point. Perform 10-12 repetitions on the right side before switching legs. Rest for 45-60 seconds and complete two to four sets. To increase the intensity, hold one dumbbell in each hand while completing the lunges.

Follow the directions for the reverse lunge, but at the top of the movement press your right foot into the floor and squeeze your right glute while balancing on your right leg for 4-5 seconds. Complete 10-12 reps on the right hip before switching to the other leg. Rest for 45-60 seconds and complete two to four sets. To increase the intensity, hold one dumbbell in each hand while completing the lunges.

Use a step or box that is approximately knee height or lower. Place the step or box to the right of your body, set your right foot on top of the box and press down to step up to the box. At the top of the step, balance on your right leg for 4-5 seconds before lowering lower the left leg to the floor and return to the starting position. Complete 10-12 repetitions on the right leg before switching to the other leg. Rest for 45-60 seconds and complete two to four sets. To increase the intensity, hold one dumbbell in each hand while completing the step-ups.

Unless you have experienced a traumatic injury that damaged the structures of the knee, it is nearly impossible to identify the exact causes of knee pain. However, knowing which exercises could help to reduce pain can make sure that having a sore knee doesn’t keep you from participating in your favorite activities. The good news is that common causes of knee pain could be mitigated by developing strong glute and hip muscles.

The Top 6 Exercises to Reduce Low-back and Knee Pain 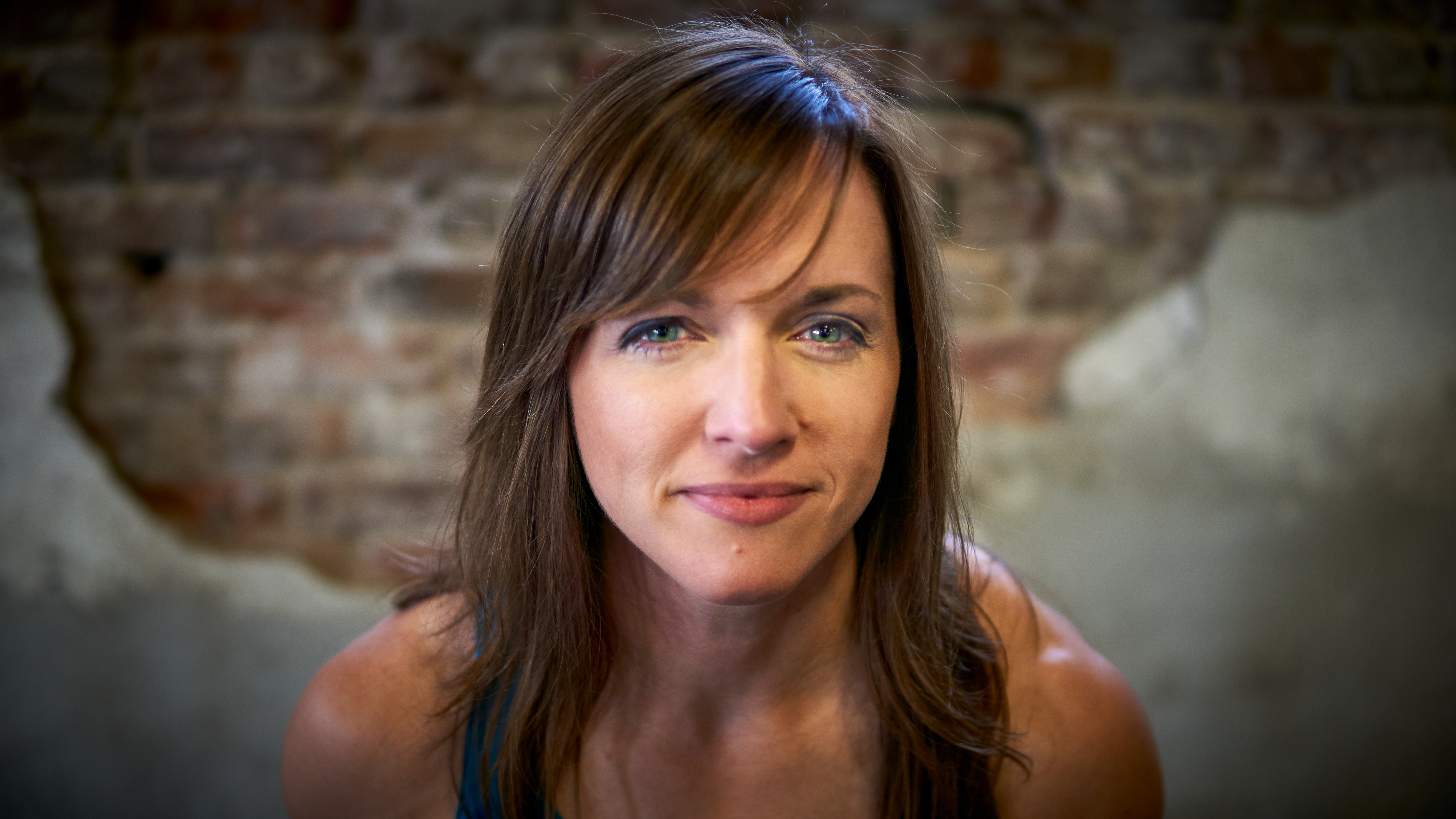