Understanding the Role of Medications in the Management of Diabetes

More than 30 million people living in the U.S. have diabetes and an additional 1.5 million new cases are diagnosed each year. For these reasons, it is highly likely that, as a health and exercise professional, you will encounter clients who have type 1 or type 2 diabetes (National Diabetes Statistics Report, 2017). Successfully training individuals with diabetes requires an understanding of both the disease as well as the pharmacological treatment.

The Role of Insulin in the Body

Insulin is a hormone that plays a number of roles in metabolism such as regulating how the body uses and stores glucose and fat. After food or beverages are consumed, glucose levels rise in the blood stream, signaling the pancreas to release insulin, which aids the cells in the uptake of glucose to be used as energy. Some cells in the body can take glucose from the blood without insulin, but most cells require insulin to be present. Insulin acts as a “key” to open up the cells in the body and allows the glucose to be used as an energy source. If there is excess glucose in the blood stream, insulin encourages the storage of glucose in the liver and muscle so it can be used at a later time.

If there is an absence of insulin (type 1 diabetes) and/or a resistance to insulin (type 2 diabetes), the body is not able to utilize glucose as energy in the cells. This can lead to hyperglycemia, which is representative of diabetes mellitus. Some individuals who have type 2 diabetes may be able to achieve their target blood glucose levels with diet and exercise alone, but many also need diabetes medications or insulin therapy. Individuals who have type 1 diabetes must take insulin to manage this condition.

The treatment of diabetes depends upon the type of diabetes, how long the condition has been present and how much insulin the body naturally produces. In type 1 diabetes, the pancreas stops producing insulin; therefore, an individual must either inject or infuse insulin (insulin therapy) for the body to regulate blood glucose levels. In type 2 diabetes, where the pancreas no longer produces enough insulin or the body does not use it efficiently, an individual may need either medication and/or insulin therapy.

If a client has type 1 diabetes, he or she will need to either inject or infuse insulin to survive. Some people with type 2 diabetes also may need insulin therapy if they do not produce enough insulin. There are several ways to administer insulin: syringe (injecting just under the skin and rotating the site each time), pen (prefilled and less painful than a regular needle), jet injector (sends a spray of insulin under the skin using high pressure air instead of a needle), insulin infusion or port (small tube inserted just under the skin held in place by adhesive) or an insulin pump, which are small, computerized devices that mimic the way the pancreas works. These devices can be programmed to deliver an insulin surge or a steady dose throughout the day. Insulin cannot be taken as a pill because it is made up of proteins that, if taken by mouth, are denatured and thus inactivated by the digestive process.

Understanding the onset, peak time and duration of action is critical for safely planning an exercise session. Optimal exercise times vary, and general recommendations include avoiding exercise at peak time of insulin action or altering the insulin dose to prevent peak effect at the time of exercise. In other words, exercise is recommended at times when insulin effects are the least pronounced and blood glucose is rising.

The following chart describes the characteristics for different types of insulin (Donner and Sarkar, 2019).

Working with the Client’s Physician

Once a client’s health condition has been identified, you will need to decide if approval from a healthcare professional is needed before engaging in assessments, exercise program design or exercise participation. Along with medical approval, you should request exercise guidelines and limitations, as modifications of the insulin regimen with dose reductions or increases may be needed depending on the type of exercise and the intensity of the activity (Yurkewicz et al., 2017). It is critical that you adhere to the guidelines and restrictions provided and maintain close communication with your client’s healthcare professionals to have questions answered and to provide status reports at predetermined intervals. Understanding the pharmacological treatment for clients with diabetes will ensure that your exercise programming is safe and effective.

National Diabetes Statistics Report (2017). Estimates of diabetes and its burden in the United States. Centers for Disease Control and Prevention, 1-20.

HIIT in the Park With Tabata 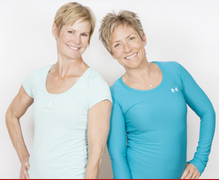