by Matthew Cain, PhD
on February 12, 2019
Filter By Category

Diabetes is currently a leading cause of death in the United States, and it is estimated that by 2030 more than 500 million individuals will be negatively affected by type 2 diabetes mellitus (T2DM) (Bird et al., 2012). T2DM is characterized by insulin resistance and hyperglycemia and is considered a metabolic disorder. Individuals with T2DM have trouble with glucose control primarily due to the inability to efficiently utilize insulin. As a result, these individuals typically rely on medication to improve utilization of this hormone [American College of Sports Medicine (ACSM), 2018; Bird et al., 2012; Durstine et al., 2009]. In addition, T2DM, has a weak genetic link and is typically developed through poor lifestyle choices overtime.

The growing T2DM epidemic can lead to many other medical complications and even increases risk of premature death. Specifically, T2DM is heavily associated with cardiovascular disease, the leading cause of death globally (Buse et al., 2007; Colberg et al., 2010). But here’s some good news: Exercise is a powerful therapeutic and cost-effective modality that can be implemented to tackle this chronic condition by increasing insulin sensitivity, while improving pancreatic beta cell function (Madsen et al., 2015).

Of course, the next logical question is what is the best type of exercise to increase contraction-mediated glucose uptake, decrease the need and use for medication and ultimately aid in tackling T2DM? Well the answer is: it depends.

While the scientific literature is strongly supporting the use of HIIT, which consists of brief sessions of high-intensity activity followed by rest or low-intensity activity, to treat and manage T2DM, limited research has been conducted comparing HIIT to traditional models. Unlike traditional moderate-intensity exercise, HIIT is not a continuous form of activity, nor is it performed as frequently. Rather, it is often recommended that HIIT be performed a couple days per week, with durations lasting as long as an hour and as short as 20 minutes.

Resistance training has also been linked to improving this condition by providing similar benefits to the types of exercise described earlier and should also be included in any exercise program. Two to three days a week would be optimal for individuals with T2DM, gradually increasing frequency over time.

As a health and exercise professional, you have many evidence-based options to select from that yield similar results when training this population. In my opinion, a combination of all types of training (i.e., resistance and low- to high-intensity training) would be the most beneficial, fun and sustainable for these clients. By explaining the purpose of exercise in tackling this condition, your client will be more likely to be motivated to complete an exercise program.

When individuals who have T2DM are performing physical activity, regardless of the intensity, precaution and safety measures are of great importance. Clients must receive clearance from their physicians before beginning an exercise program (ACSM, 2018; Francois et al. 2015). In addition, certain tests (e.g., exercise graded test) can help determine overall capacity (ACSM, 2018; Little et al., 2011). If properly screened and tested, and meeting the proper prerequisites for exercise, all forms of training should be considered safe to use in the exercise programs of clients who have T2DM.

Want to make a difference in the fight against Diabetes? Check out our Diabetes Prevention Coaching online course and equip yourself with evidence-based disease-prevention strategies you can use with clients coping with, or at risk, for diabetes.

Hordern, M.D. et al. (2012). Exercise prescription for patients with type 2 diabetes and pre-diabetes: A position statement from Exercise and Sport Science Australia. Journal of Science and Medicine in Sport, 15, 1, 25-31. 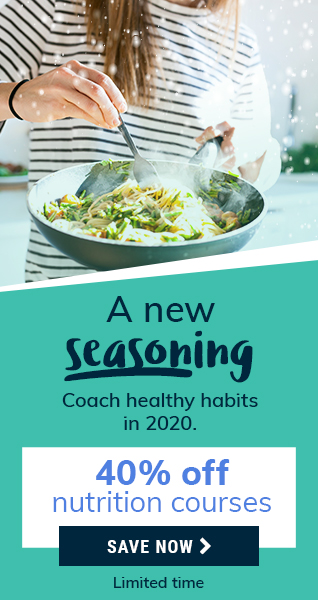 Creating Functional-Training Programs for Every Type of Client