Plateaus Rule! Why a Plateau Can Be the Best Thing to Happen in Your Pursuit of Fitness

by Jonathan Ross
on February 16, 2017
Filter By Category

You summon the strength to lift your foot one more time. Your leg feels like it is made of lead. Your foot collapses to the ground and you’ve taken another step. Time to repeat on the other side. Your heavy backpack means the sweat and heat have nowhere to go and you can feel every bit of the burden as you prepare to lift your foot, your breathing heavy and fast yet still seemingly inadequate. If only you could stop for a moment to gather your strength…

Webster’s Dictionary defines a plateau as:

There’s nothing negative in this definition. Climbing is hard work. If you come to a “plateau” or any leveled-off spot after a period of climbing and hard work, it can be a great relief as you have the opportunity to stop and rest. This rest recharges you for the next part of the climb and gives you the strength to continue your journey.

Why then is a plateau viewed so negatively with fitness? Let’s take a look at this from a slightly different perspective.

The Ascent of Mom

Here’s a story about a woman—let’s call her “mom” because she is, in fact, my mother. Mom is 370 pounds (168 kg), hasn’t been living healthfully in some time, has sleep apnea, high blood pressure, a long commute to work and family responsibilities that occupy her energy. One day, not long after my father died of a heart attack at 424 pounds (192 kg), mom decides she’s had enough of living this way and that it is time for change. Deciding to change doesn’t mean it will be easy or that it will happen overnight.

At first, although the general desire for change is there, the specific desire for taking action each day isn’t quite as strong. This is quite common. She has little willingness to start physical activity and decides to make changes to only her eating habits at first. She starts her climb.

A Series of Plateaus

A couple of years of nutrition-only changes, and mom loses 90 pounds (41 kg). She hits a plateau and isn’t losing any more weight, but still wants and needs to. She decides she is now ready to pursue some physical activity. She begins adding a couple of walks at a park and a couple of water fitness classes each week. As a result, she starts losing more weight and, after a while, hits another plateau. She feels ready to now start adding resistance training. Her son—let’s call him Jonathan—is early in his fitness career and spends some time training his mother. Again, she hits a new round of progress, hitting a total weight loss of 170 pounds (77 kg) and is now feeling fantastic with a feeling of a new life.

What is the pattern here? Progress, then a plateau, followed by more progress. This disrupts the “plateaus are bad” establishment. Every bit of progress came from making difficult changes and sustaining them for a period of time until they became sustainable. In this case, the plateau is actually a place of gathering the mental resources to make the next change—it is a form of rest. She never lost the progress she had gained. She just hit a plateau and gathered strength for the next change, the next climb. It looked a little bit like the blue line below.

If we view the two graphs above as a long hike up a large mountain, which journey looks more fun to you? The red line looks positively awful as it represents making a lot of hard changes at once and sticking with them ceaselessly. Sure, you get progress in less time—but that’s only if you survive the journey. Yet, when it comes to fitness, this is the path most often chosen.

How Long Did It Take?

When people hear mom’s story, they most often ask “How long did it take?” with a look of hope in their eyes. Seven years, I tell them. And then I see their eyes drop and shoulders slump. She made progress and then levelled off, made progress and levelled off, and so on. She could have made progress a little faster (it would still be measured in years) if she’d taken the hard road—the red line in the chart above. That’s what most people do—and most people fail. They do too much, too soon or go on a ridiculous juice diet to try and take a short cut. It’s often miserable, short-lived and ends in failure. Those who chose the red line approach rarely reach the peak.

Here’s the key point to remember: The pace and amount of change must be big enough to make a real and lasting difference and keep you motivated, but it must be small enough to be manageable and realistic. This is different for everyone, which is why knowing exactly what to do and when can be so challenging.

This is why the world needs caring and competent health and fitness professionals who will coach people through the change process rather than loud, obnoxious, shirtless, showy social-media fitness stars, whose posts actually demotivate more regular people than they motivate.

On any long, difficult journey, plateaus are your friend—a chance to rest up for the next push and reflect on the progress you’ve made to that point. Let’s start viewing them that way. 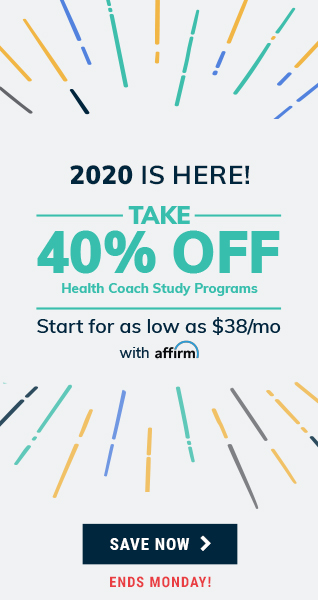 Why Do We Eat When We Aren’t Hungry?