A Yoga Routine to Energize Your Morning (No Coffee Needed)

by Jessica Matthews
on September 26, 2016
Filter By Category

Energize your body and awaken your mind— no caffeine required. Start your morning off right with this time-efficient and thoughtfully designed at-home yoga routine. With a combination of invigorating breathing techniques and dynamic variations of postures, this sequence is designed to enhance stability and mobility, heighten awareness and prepare you for whatever your day may have in store.

Assume a comfortable seated position of your choosing, such as sukhasana (easy seated pose). Raise arms to shoulder height, bending the elbows 90 degrees and creating loose fists with the hands. Take two to three deep diaphragmatic breaths in and out through the nose, maintaining length in the spine. On the next inhalation, forcefully inhale through the nose while extending the arms overhead, outstretching the fingers. On the exhalation, forcefully breathe out through the nose, bending the elbows to the lower arms back to the starting position, once again creating loose fists. Complete a total of 10 even cycles of breath (one round) and then rest, placing the hands on the thighs with the palms facing up as you breathe comfortably in and out through the nose. If time permits, repeat for a total of two to three rounds.

Begin in a hands-and-knees position with the wrists below the shoulders and the knees below the hips. Inhale, softening the belly toward the floor and gently arching the back while tilting the tailbone and chin toward the ceiling and tucking the toes under. Exhale, gently rounding the spine and drawing the chin toward the chest while untucking the toes, placing the tops of the feet on the floor. Repeat this sequence of movements for a total of five breaths.

Child’s Pose With a Twist

From an all-fours position, position the knees wider than hip-width distance, connecting the big toes to touch. Exhale to release the torso between the thighs, sitting the hips back toward the heels while continuing to outstretch the arms toward the top edge of the mat. For greater support and comfort, place a folded blanket or towel beneath the knees. Inhale, raising the elbows off the mat, and then exhale, threading the right arm under the left arm. On the next inhalation, unthread the right arm and raise it up toward ceiling while shifting the hips forward away from the heels. Exhale to once again thread the right arm under the left while shifting the hips back toward the heels. Repeat this sequence of movements for a total of three cycles of breath before returning to child’s pose (hips toward heels) with both arms extended. Repeat on the opposite side.

Assume a plank position, aligning the wrists below the shoulders and extending the legs fully with the toes on the floor. Slowly inhale while maintaining an extended spine in this stable position. Exhale slowly, pressing the hips toward the ceiling, guiding the chest toward the thighs and the heels toward the mat to create an inverted V-shape with the body. Repeat this controlled series of movements for a total of four slow cycles of breath.

Stand with the feet 3 to 4 feet apart, with the heels turned in and the toes pointed slightly out. Inhale to extend the arms overhead in a V-shape with the arms wider than shoulder width, palms facing forward and the fingers spread wide. Exhale to hinge the hips and bend the knees, lowering into a wide squat position. At the same time, bend both arms, drawing the elbows in toward the ribs and the shoulder blades toward one another while maintaining length in spine. With each inhalation, extend the hips, knees and elbows, and with each exhalation, flex the hips, knees and elbows, and draw the shoulder blades together. Continue this rhythmic movement with breath, completing five breath cycles.

Stand with the arms at the sides and the feet together. Inhale to upward salute, sweeping both arms overhead, palms facing one another. Exhale, releasing the right arm alongside the body while reaching the left fingertips up and over toward the right, stretching the left side of body. Inhale to re-extend the right arm, returning to upward salute, and then exhale, releasing the left arm and reaching the right fingertips up and over to the left. Continue this alternating pattern for a total of six slow breath cycles.

The Basics of Training Older Adults 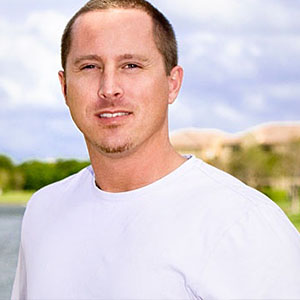