by Elizabeth Kovar
on August 19, 2015
Filter By Category

Supplements are a significant component of the sports nutrition industry, and many manufacturers claim their products can assist with everything from sport performance and weight loss to energy production and muscle recovery. These products are commonly referred to ergogenic aids, which are any external influences believed to enhance physical activity or performance. Nutritionally, these products include sport powders, pills, gels, bars, drinks, jellybeans or any other substance used to boost performance, and a majority of athletes have tried one or more ergogenic aid at one time or another.

While the research is unclear (or nonexistent) regarding the benefits of many of these products, whole foods can provide as much, if not more, power to performance without the added sugars, chemicals or artificial flavors.

What are Whole Foods?

Whole foods are those that are eaten in or close to their natural state. Kory DeAngelo M.S., R.D., a clinical nutrition supervisor at the Bastyr Center for Natural Health, recommends eating whole foods “in their natural form, including an abundance of fruit, vegetables, whole grains and healthy proteins, to give the body an array or vitamins, minerals, fiber and other phytonutrients.”

DeAngelo believes that nature provides the body’s essential nutrients in the whole foods package, and that supplements should not replace healthy eating. In fact, she says, many whole foods cost less and can be used as ergogenic aids. Here are some examples of healthy, whole food alternatives to nutritional supplements.

A growing body of research suggests that coconut water, which some have dubbed “nature’s Gatorade,” is an effective rehydration beverage. One study, for example, showed that fresh young coconut water could be used as a post-exercise rehydration beverage because it doesn’t cause nausea or upset stomachs and is easier to consume in larger quantities compared to plain water and an carbohydrate-electrolyte beverage (Saat et al., 2002).

Studies examining the benefits of pharmacological sodium nitrate supplementation have found that it can reduce the oxygen cost of submaximal exercise. Bailey et al. (2009) examined the effects of sodium nitrate naturally derived from beetroot juice. In this double-blind study, eight men ingested either beetroot juice or black currant cordial for six consecutive days and completed a “step” progression of moderate to severe exercise. Researchers found that beetroot juice enabled the men to perform the same amount of work with 19-percent less oxygen. When the severe cycling bout occurred, time to exhaustion was extended by approximately 90 seconds, a 16 percent improvement.

Beetroot juice also appears to have cognitive benefits, as well. One study of 40 healthy adults found that those who consumed beetroot juice performed better on cognitive tests than those who drank apple or black currant juice (Ji, 2015).

Beetroot juice is best ingested from freshly juiced beets or in whole form.

Carbohydrates are classified as high- or low-glycemic index foods. In terms of exercise, ingesting certain carbohydrates at certain times (before, during and after) may help or hinder performance, nausea and fatigue. Raisins have been shown to be a good plant-based replacement for sport gels and jellybeans for the long-distance cycler and athlete.

One study, for example, compared the effects of eating sun-dried raisins vs. jellybeans during a 10-kilometer time trial. The results showed that raisins are just as effective as jellybeans in maintaining blood glucose levels. In fact, raisins produced the same respiratory exchange ratio, energy expenditure and fat oxidation (Rietschier, 2013).

Ginger contains the same analgesic and pharmacological properties as a non-steroidal anti-inflammatory drug. One study tested ginger supplementation for attenuating muscle damage and delayed onset muscle soreness (DOMS). The study tested 20 non-weight-trained participants who trained high intensity elbow flexor eccentric exercise to induce muscle damage. This occurred after a five-day supplementation period of ingesting either 4 grams of ginger or a placebo. The results showed that the 4 grams of ginger may be used to accelerate the recovery of muscular strength following intense exercise. The ginger did not help muscle damage or DOMS, but accelerated the recovery of muscle strength (Matsumura et al., 2015).

Caffeine is found in many sport foods, beverages, gels and weight-loss pills. While caffeine is not essential for healthy living, many people consume it as an ergogenic aid. One theory on why caffeine is used as an aid includes that caffeine spares muscle glycogen and enhances fat oxidation. Though more research is needed to prove that theory, caffeine does create a favorable intracellular ionic environment in active muscles. Caffeine does not improve maximum oxygen output directly, but can allow an athlete to train longer with resistance to fatigue and/or with a greater power output. Drinking green tea in its natural form provides the body with both caffeine and antioxidant properties. Plus, the consumer controls how much to consume with the body’s intuitive response to the beverage.

Kory suggests eating whole foods consistently over time to optimize performance and recovery.  DeAngelo agrees. “When we consistently eat whole foods as the basis for our diet,” she says, “the nutrient density helps to decrease inflammation and can help us recover faster. When we eat a well-balanced whole-foods diet, we maintain better energy levels, which helps with endurance.”

The key is to eat clean and incorporate as much variety as possible. In part two of this series, we’ll further examine whole food research that benefits the human body for exercise pursuits. 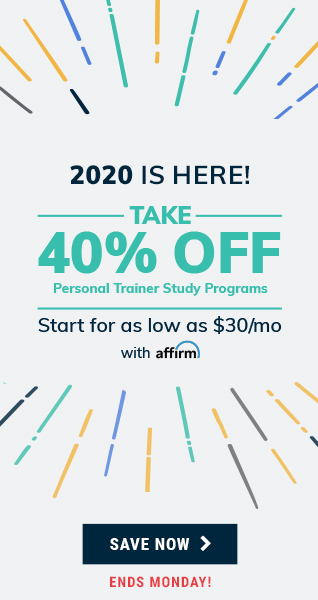