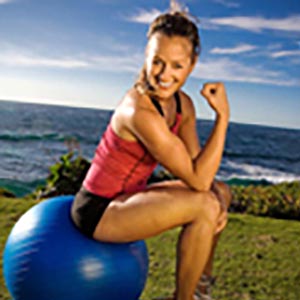 by Anna Renderer
on September 09, 2014
Filter By Category

Naturally, kids develop these skills and movement patterns by the age of 6 or 7, but the level of competency varies on an individual basis. Not all kids are born with the same motor control or coordinative abilities. Some kids are naturally athletic, while others struggle with simple activities.

It’s critical that health professionals and coaches implement fitness programs that reinforce these ABCs at a young age so that every child has a better chance at improving their strength and coordination beyond what comes naturally. Of course, there will still be a discrepancy among children as they practice and develop these skills. The goal is simply to provide guidance and coaching to develop a stronger foundation of physical ability for every child without leaving it solely up to genetics.

In every class there are two types of kids: those with low motor competency and those with high motor competency. Who do you suspect will want to participate more often? Who will be more aggressive and eager to learn? Who would rather sit and watch? Who would rather hide behind the bleachers? You guessed it! Knowing that the level of physical ability is directly related to participation and confidence makes it even more important to encourage kids of all fitness levels to engage in these ABCs of physical activity.

Fitness professionals must pay closer attention to the kids with lower motor competency in class because they are more prone to shy away from activities and participate less often than kids with high motor competency. Encouraging kids with low motor competency is critical to keeping them engaged and helping them improve over time. Our primary goal as health professionals is to lead children into a lifelong pattern of physical activity and avoid a downward spiral of inactivity, which is often followed by obesity and disease. Keep activities fun, easy and encouraging for all levels of ability during these young and critical years of childhood. This will benefit both low and high motor competency children and increase the likelihood they will stay active throughout adulthood.

Below is a list of activities and games that require the skills necessary to develop the ABCs of physical activity. Include these games and drills in your overall fitness program to add fun and education to your next class.

The following examples use several locomotor skills including running, jumping, hopping and skipping:

Shuttle run: Quick sprint from cone A to B and back to A

Hop scotch: Draw a grid or perform in place

Leap frog: Squat to touch the ground and leap forward, repeat for distance

These examples use several object-control skills including catching, throwing, kicking and bouncing:

Tennis ball bounce pass: Stand about 5 to 10 yards apart from partner and bounce a tennis ball in the middle to partner who catches it and bounces back

Wall ball: Make a line about 5 yards from the wall. Kick or throw the ball against the wall and then run to the end of the line. The next person in line has to kick or throw the rebound of your kick after just one bounce.

Here are several examples that use several stability skills including balancing, twisting, rotation and landing:

Hot potato medicine ball toss: Make a line of about 4 to 5 people across standing about 4 feet apart. Toss the medicine ball down the line as quickly as possible and back again before time is called or you’re out. Last one wins.

Lilly pad crossing: Set up several objects big enough to land on and close enough to jump from one to the other, across a 10-15 yard distance. Try and leap from one object to the next without touching off the object to get to the other side.

Single-leg balance touch and jump: Standing on one foot, touch down to the ground and jump up. Land on the same foot without losing balance and repeat 15 times. Repeat on the other side.

Tag: Set up a perimeter for the game of tag based on how many people are playing (bigger area for bigger numbers). Each person is trying to avoid being tagged by another person. If you are tagged on the arm or side, you lose the use of an arm. If you get tagged on your hip or leg, you lose the use of your leg. Once you lose both arms and both legs you are out. You continue to try and tag others as long as you have one arm, even if you are standing in place and people are running by.

Anna Renderer has her bachelor’s and master’s degrees in Clinical Exercise Physiology from Northeastern University. She is an ACE Certified Personal Trainer and certified Youth Fitness Specialist with the International Youth and Conditioning Association (IYCA). Anna is the co-founder and CEO of KFIT Health (www.kidfitnessandhealth.com), developing high quality nutrition and fitness education for children and their parents. She is also the host for POPSUGAR Fitness TV, sharing her fitness expertise with thousands of online viewers and interviewing other health professionals. She has developed and starred in fitness videos, Jumpstart Your Health and SHED 2 WED. Anna is currently the Fitness Director at Burn 60 in LA. She specializes in weight loss and optimal performance training. She has developed over 50 educational online fitness videos seen on www.fitsugar.com and is passionate about educating and instructing others on ways to stay fit!

Apple's iWatch and HealthKit: What They Mean for Health and Fitness Pros and Their Clients