Is Your Workout Doing More Harm than Good? 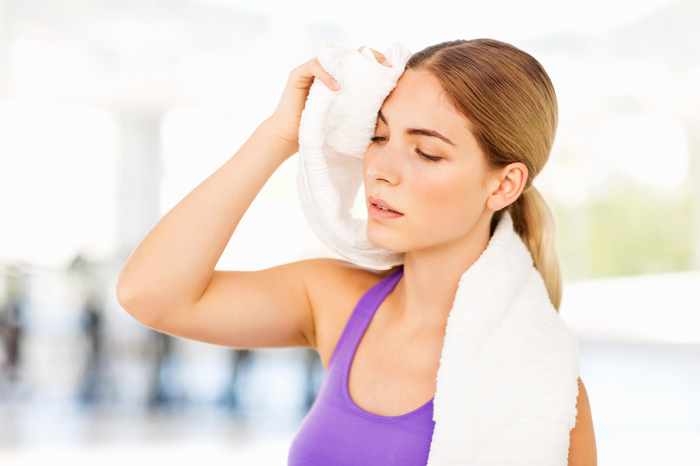 Whether you’re an athlete training for a competitive event, or a regular exerciser working out to improve fitness, there is a chance that you may unwittingly sabotage your efforts by training too frequently or too vigorously without adequate rest. This has been a long-held belief in the health community since the Greek physician Hippocrates famously stated, “If we could give every individual the right amount of nourishment and exercise, not too little and not too much, we would have found the safest way to health.”

The same could also be said for performance, as successful training is the result of subjecting the body to stress in the form of exercise, while simultaneously avoiding the combination of excessive overload plus inadequate recovery. When a fitness seeker does not sufficiently respect the balance between training and recovery, symptoms of overtraining can occur. This state of decline is called overtraining syndrome (OTS), which includes fatigue, performance decline and mood disturbances. Surprisingly, there is little consensus among sports medicine researchers as to the assessment and diagnosis of this disorder due to lack of available scientific evidence. However, researchers agree that the best way to deal with OTS is to prevent it from occurring. Here are three practical suggestions for avoiding OTS based on a position paper from the European College of Sport Science and the American College of Sports Medicine (Meeusen et al., 2013).

1) Keep a training log to track performance and your subjective feelings about your workouts.

Most exercisers with consistent routines follow a workout program that can be logged and tracked. Whether you’re a runner preparing for an event, a weight lifter working to gain more muscle, or a group exercise enthusiast attempting to match the instructor’s intensity, the weekly volume of your training sessions can be recorded. Variables such as distances traveled, pounds lifted and intensity achieved should be logged in a daily journal so that these data can be reviewed to see if the values are increasing, decreasing or maintaining at a plateau. A consistent trend of decreasing performance without an obvious cause, such as illness or injury, could be a warning sign.

Additionally, recording subjective ratings such as quality of sleep, fatigue, stress, muscle soreness, body weight, early morning heart rate (a consistently higher than normal heart rate upon rising could indicate overtraining), occurrence of illness and physiological variables (such as menstruation) could help paint a clearer picture of your training status. Importantly, researchers use the word  “syndrome” to emphasize the multitude of potential causes and to acknowledge that training is not necessarily the sole causative factor of OTS. The first signs and symptoms of prolonged training distress include performance decrements, psychological disturbances (such as decreased vigor and increased fatigue) and hormonal disruptions. In general, if a trend of unexplained performance decrements are noticed, adjusting your workouts to reduce the intensity and volume and increase the number of rest days per week could be helpful.

2) Plan for adequate rest and sleep.

It is generally recommended that athletes have at least one passive rest day each week, especially during intensified training periods, to help prevent OTS. A passive rest day could include very light, novel activities that reduce strain on the body and provide a distraction from the normal training stimulus. For example, taking a break from the weight room to enjoy walking on a nature trail or participating in a restorative yoga session at least once a week can provide a restful reprieve from vigorous exercise.

Sleep is an essential part of fatigue management, as persistent sleep loss can negatively affect the quality of a training session and general well-being. With inadequate sleep, cognitive functions are likely to be impaired, especially the ability to concentrate. It is difficult to recommend the exact amount of sleep for preventing OTS because individuals have different requirements for sleep. Getting seven to eight hours each night is probably a safe bet for most active people, but some highly trained athletes might need more. The general advice is to sleep for the amount of time that is required to feel wakeful during the day, which may vary considerably from one person to the next.

High-intensity training with limited recovery leads to a decrease in muscle glycogen levels. Decreased glycogen levels can result in an increased stress response (as observed by higher circulating levels of catecholamines, cortisol, and glucagon while insulin levels remain low). Consequently, repeated days of hard training and carbohydrate depletion seem to be linked to the development of the beginning stages of OTS. Thus, increasing carbohydrate intake might be a factor in reversing symptoms. For example, preliminary research on competitive cyclists who consumed a high-carbohydrate diet (9.4 g/kg body weight per day) for one training phase and then a low-carbohydrate diet (6.4 g/kg body weight per day) for another phase indicated that the athletes improved performance and recovered from intensified training more quickly on the high-carbohydrate diet. In addition, the cyclists reported better mood states and showed fewer hormonal disturbances in response to their training on the high-carbohydrate diet compared with the low-carbohydrate diet (Halson et al., 2004).

It is important to note that a higher carbohydrate intake should not be consumed at the expense of reduced protein intake because insufficient protein consumption can also result in an increased risk of overtraining. Supplementation with amino acids (glutamine and branched chain amino acids), however, is not recommended, as this approach does not appear to reduce symptoms of OTS. Hence, eating a nutritious, balanced diet made up of whole foods is your best bet. To determine your ideal nutritional values for carbohydrate and protein, as well as for dietary fat and overall calories, click here.