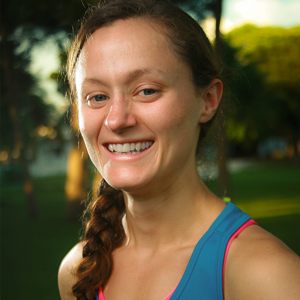 The next time you watch a football game, count how many times one of the players does a rolling movement to recover from a tackle. While they make it look easy, the ability to roll is a dynamic whole-body movement that requires upper- and lower-body coordination and postural control (Kobayashi, Watanabe and Taga, 2016).

The muscles that make up the middle and outer layers of the core (including the rectus and transverse abdominis, internal/external obliques, Iliopsoas and erector spinae) are called into play when trying to shift from the back to the stomach in a controlled manner. As a result, rolling exercises are a great way to train the core and assess areas of weakness in the body.

To Roll Effectively, You Must Have:

For babies, this is the first milestone in foundational movement. As adults, however, the core musculature required to shift and move the body across all planes of motion becomes weak. Thus, rolling patterns are some of the best core exercises for improving total-body function and decreasing injury risk.

It’s also important to note that rolling patterns are highly dependent on neck movement and eye-tracking to facilitate trunk motions. According to Hoogenboom and colleagues (2009), “neck extension can facilitate extension and abduction of the hip.” In other words, where the eyes, head and neck go, the trunk will follow. Therefore, poor cervical function can impact the entire kinetic chain. Rolling, however, can help improve function throughout the body.

The following five rolling exercises are a great way to introduce rolling patterns into a workout. They can be combined into a single circuit workout or can be included individually as part of other circuits.

These exercises require a considerable amount of control and stability, and the muscles often fatigue quickly. When starting out, have clients perform one to three sets of three to six repetitions on each side. Be sure to keep an eye on your client’s technique. As soon as your technique starts to falter, stop the reps and take a break. Remind clients to move slowly and breathe through the movements.

Rolling patterns take practice and should be performed regularly to see improvements. Progression and regressions are available for each exercise using standard principles of lever length, range of motion, external load, and speed/power (slower is better when learning these exercises).

Watch this video for full explanations of technique for each exercise

A backward roll is similar to rolling like a ball except that you fully roll over one shoulder, finishing in a crouched position. It’s important to avoid rolling over the neck and to keep the chin tucked when performing the backward roll. Proficiency in the other four rolls is vital before trying a backward roll.

Summer Sides (MS, CSCS) is a self-proclaimed exercise science geek. She loves exploring human movement and finding ways to help people stand taller, move easier, and perform better. Her training methodology includes a mixture of movement pattern training, yoga philosophies, Pilates technique, and aerobic endurance training. Her fitness career began over 15 years ago and has provided her with some great opportunities to train athletes, create certifications and CEC courses, and teach group exercise classes. These days she focuses on fitness education as a full time Lecturer of Exercise Science and the owner of GXunited.

4 Easy Yoga Flows to Include in Your Group Fitness Class