by Farel Hruska
on October 13, 2017
Filter By Category

While research indicates that prenatal exercise is not only ok; but it is also recommended, myths and misconceptions about physical activity and pregnancy persist in the minds of pregnant women, personal trainers and the general public. One of the biggest points of fear in the world of prenatal fitness is core strengthening exercises. From anxiety about hurting the baby to fear of damaging a pregnant woman’s core musculature to ignoring the core altogether because of the misconception that it is ineffective during pregnancy, many women don’t train the abdominals well or with function is mind. This is a big MISS in a prenatal fitness routine.

Let’s define “core” before we continue. Our abdominal musculature goes far beyond your “six-pack.” Think of your core as a 3-dimensional cylindrical unit, with muscles that run in several directions. These muscles include: the transverse abdominus, obliques, rectus abdominus and erector spinae, with the diaphragm at the top and the pelvic floor at the bottom of the cylinder. This 3-dimensional unit acts as the support for the spine.

With the forward shifting of weight as a baby grows, the strength of a pregnant woman’s core musculature is critical to maintaining a neutral spine, and ultimately, helping to decrease muscle fatigue and pain. Without good trunk strength, the weight of the growing baby can pull the pelvis forward, causing a sway back (lordosis). This prolonged position can lead to a very uncomfortable malalignment in the spine. Increasing core strength during pregnancy will aid in getting the pelvis back into a neutral position. According to the American Congress of Obstetricians and Gynecologists, “…more than 60% of all pregnant women experience low back pain. Strengthening of abdominal and back muscles could minimize this risk”.

Before beginning any prenatal exercise to build core strength, it is critical to establish abdominal engagement first. 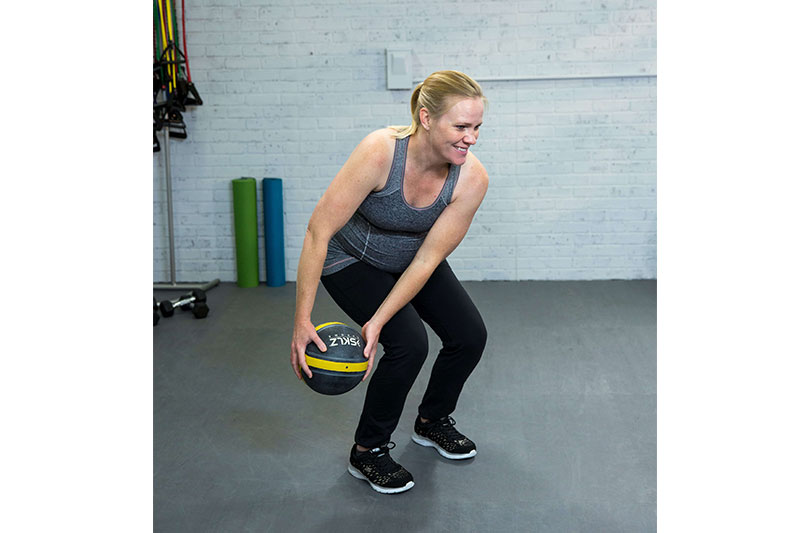 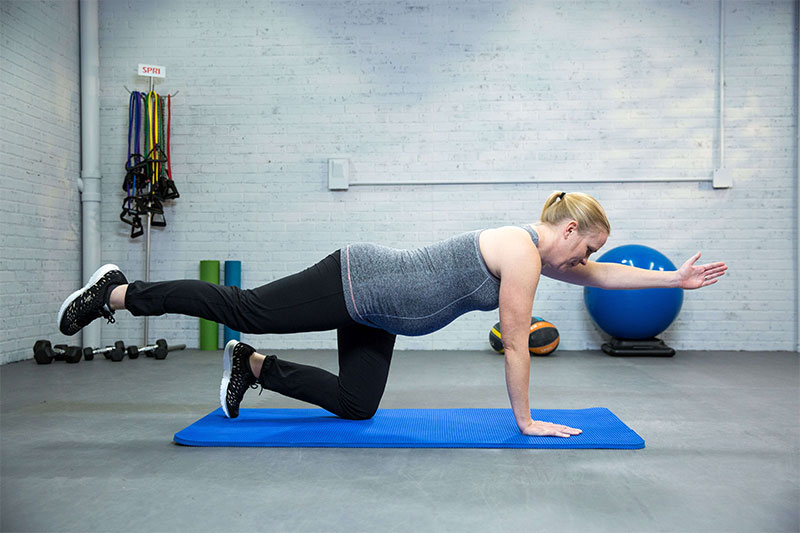 Note: For a greater challenge, perform on the feet for the same amount of time. 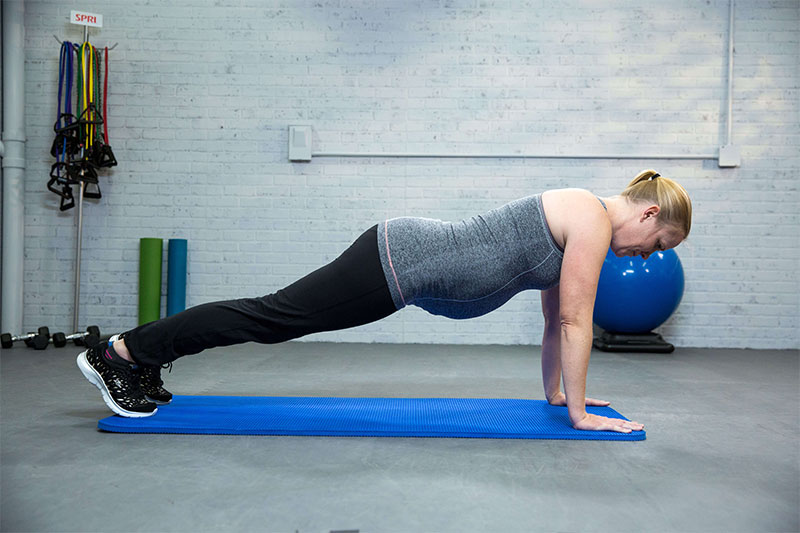 The key to getting the maximal benefit of any core exercise during pregnancy is to establish good core contraction before the exercise even begins. If that is not available, the advanced step of performing the exercises could result in a diminished return.

Disclaimer: Before beginning a prenatal exercise routine, speak to your physician about whether it’s safe for you to exercise.

The Health Benefits of (the Right Kinds of) Meat