by American Council on Exercise
on June 11, 2014
Filter By Category

Soccer is the most popular sport in the world and never is that more evident than during the FIFA World Cup Tournament. Not only do millions of people enjoy watching soccer, they love to play it, too. If you want to follow in the super-fit footsteps of players like Real Madrid’s Cristiano Ronaldo, try out this  soccer-inspired workout that incorporates agility, plyometrics, strength and speed training. 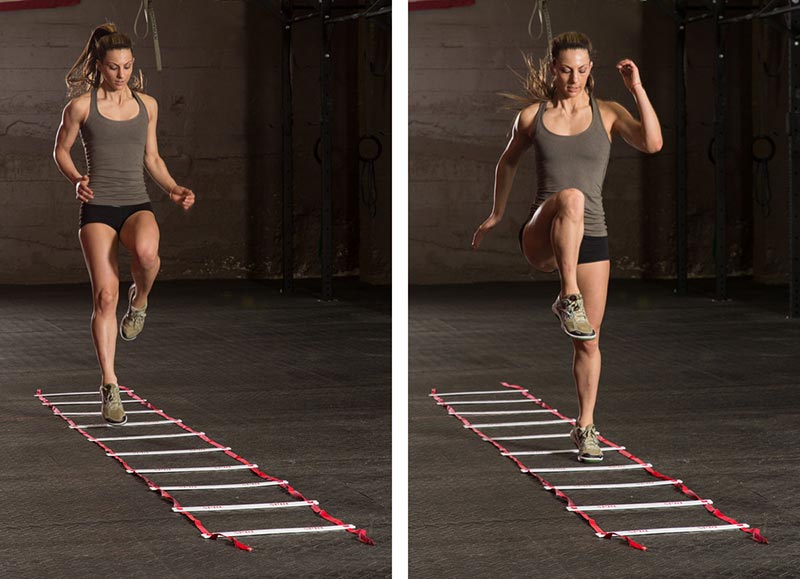 Using an agility ladder, select a method of moving through the ladder. For example, you might start with a high-knee march forward through each box, and then progress to a lateral scissor if you’re more advanced. To target your upper body, move through the ladder with your hands while maintaining a push-up position. Once you have this move mastered, speed it up and recite the words to your favorite song, the alphabet or the pledge of allegiance as you move through the ladder. It might seem simple, but this move will get your heart rate up and your brain working. 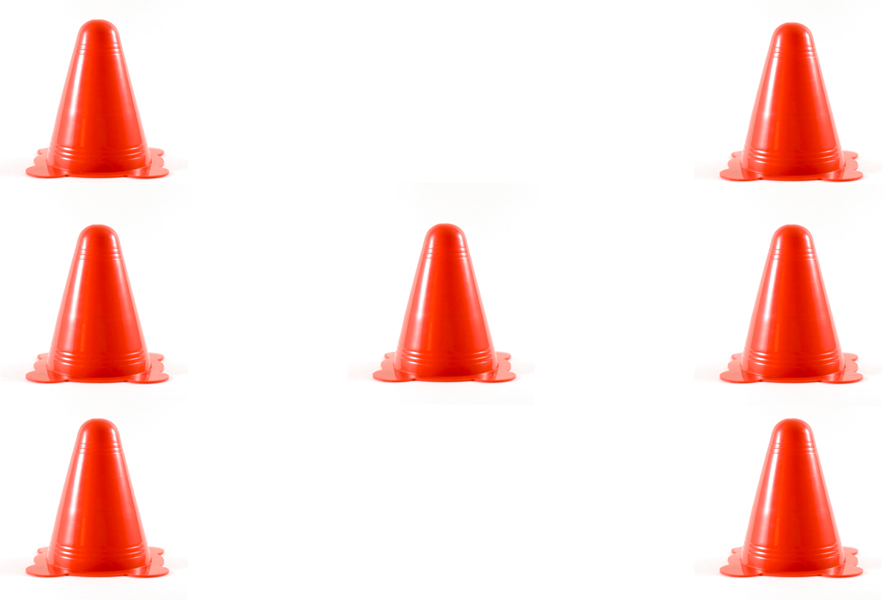 Set seven cones up in the pattern shown. Using the letters M, N, I, T, Y, select an order in which you will create those letters with your pattern of moving through the cones. Touch each cone that creates the letter as you move through each pattern at a pace that is appropriate to you. Depending on your fitness level, you may choose to walk, skip, jog, sprint or shuffle. After you have completed each letter with your movement pattern, change the order of the letters and try it again. For an increased cardiovascular challenge, try facing the same direction as you create each letter and move the cones farther apart. If you’re working with a partner and like a little competition, time yourselves going through the pattern, or trade off turns for each letter.

Lower down into a stable lunge with both knees bent to 90 degrees. Squeeze your glutes and explode off of the ground, landing in the opposite lunge position. Use your arms for added height and intensity. (Regression: alternating leg step-back lunges)

Place the tops of your feet securely into the foot cradles positioned directly under the anchor point. Lie flat on your stomach with your hands placed beneath your shoulders and fingers facing forward. Engage your abdominals and press your body off the floor until your elbows are straight in a plank position. Lift your hips toward the ceiling and pull your legs toward your chest. Keep the legs straight and strong and toes pointed. Your feet should be glued together throughout the exercise. Continue the movement until your hips move directly over your shoulders in somewhat of a handstand position.

Select a challenging yet safe weight and initiate your swing with the hips. Brace the core and squeeze the glutes on the top of the swing and maintain a good hip hinge on the bottom. (Regression: dumbbell straight-leg deadlift)

Using a speed band secured to the waist and a stable surface, walk out to where there is just enough tension on the band to keep it straight. Take a big step back with your left leg, crossing it behind your right. Bend your knees and lower your hips until your right thigh is nearly parallel to the floor. Push back to the starting position and switch to the other leg. Maintain the balance at each position before pushing to the other. For more of a caloric burn, push off more quickly, but stay balanced.

Begin with a five-minute warm-up and then set the treadmill to 2% (a good “flat” that mimics outdoor running). Do a 60-second walk/jog (RPE 5-6) followed by a 60-second jog/run at (RPE 7-8). Slow the treadmill down to 2.0 to 3.0 mph and do a 30-second side shuffle to your right, and 30-second side shuffle to your left (RPE 5-6). Lower the intensity for one minute (RPE 2-3) and repeat three times. If you want, you can increase the incline by 2% each round to ramp up the intensity. 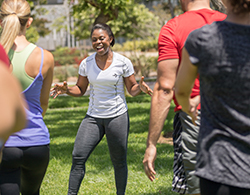 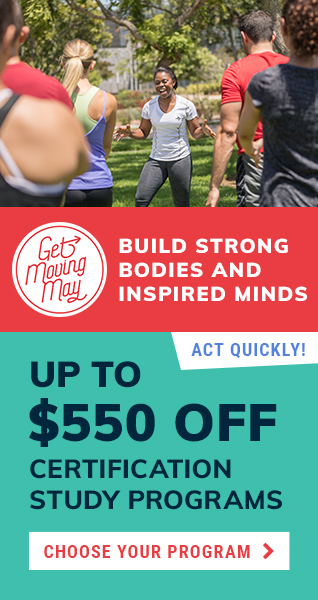