by Natalie Digate Muth
on August 18, 2010
Filter By Category 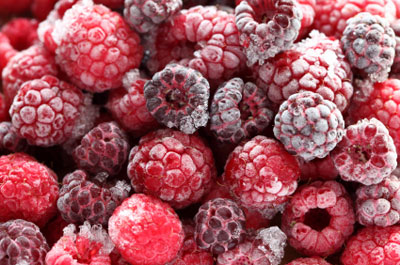 We always hear that one of the best ways to take care of our health is to eat a wide variety of fresh fruits and vegetables.  But what if you can’t always purchase the fresh stuff – whether due to cost, taste preferences, spoilage risk, items not being in-season or any other of several possible reasons?  You can stop worrying about it. Most of the evidence suggests that frozen fruits and vegetables are just as good for you (if not better in some cases) than the fresh stuff.

Unless you are choosing fresh produce from a Farmer’s Market or your own backyard, chances are good that your produce was picked at least several days ago, likely not at its peak ripeness (otherwise it would spoil too quickly en route to the store), and with degradation of some of its nutritional value after picking and during transport.  Once fresh fruits and vegetables are harvested, they undergo higher rates of respiration – a physiologic process in which plant starches and sugars are converted into carbon dioxide, water, and other by-products -- leading to moisture loss, reduced quality, and susceptibility to micro-organism spoilage.  Refrigeration during transport helps to slow the deterioration, but still, by the time you eat a fresh vegetable that traveled across continents to reach your dinner table, a substantial amount of its nutritional value may be lost.  You can help maximize nutritional value of your fresh produce by choosing locally-grown produce, refrigerating the fruits and veggies to help slow down nutrient losses, and steaming rather than boiling to minimize loss of water-soluble vitamins.

Produce destined for freezing is picked at its maximal ripeness, quickly frozen to a temperature that maximally retains its nutritional value and flavor, and kept frozen until it gets to the freezer in your local store.  While there is some initial nutrient loss with the first steps in the freezing process – washing, peeling, and heat-based blanching (done for vegetables, but usually not fruits) -- the low temperature of freezing keeps the produce good for up to a year on average.   Once you thaw and eat, you get the majority of the food’s original nutritional value.  Be assured, if you love blueberries and all of their health benefits, for example, the frozen version is just as good as the fresh.  And depending on how you cook or prepare the food, it may taste quite similar to its fresh counterpart.

The process is somewhat different for canned produce and in some cases your nutritional value may suffer.  Similar to frozen, in the canning process, the produce is picked at its maximal ripeness, blanched (this time for longer duration and with somewhat increased nutrient loss for heat-sensitive compounds compared to frozen), and then canned.  Oftentimes, sugary syrup or juice is added to canned fruit.  Salt is added to many vegetables to help retain flavor and avoid spoilage.  These additions can take a very healthy fruit or vegetable and make it much less desirable than its fresh or frozen counterpart.  But without these additions, in general the nutritional value of canned fruits and vegetables is similar to fresh and frozen.  For fruits, look for canned fruit that is “in its own juice.”  For vegetables, check the sodium content on the nutritional label and aim for vegetables with “no added salt” and without added butter or cream sauces.  Because the canned produce is maintained in an oxygen-free environment, canned foods can last for years (but be weary of dented or bulging cans).

Vitamin C – Vitamin C is sensitive to heat, light, and oxygen.  If fresh produce is stored at the appropriate temperature and consumed in a relatively short period of time, then it is the best source of vitamin C.  However, during prolonged storage, vitamin C degrades rapidly.  It is also lost with blanching (though some fruits with ascorbic acid that undergo freezing may retain more vitamin C than even the fresh stuff).  A large percentage of vitamin C is lost with the initial canning process.

B vitamins – Most B vitamins are sensitive to heat and light which leads to significant loss with blanching used in freezing and canning.  Thus, fresh tends to be the best source.

Polyphenolic compounds – Water-soluble polyphenolic compounds, found primarily in the skins of peaches, pears and apples, are lower in products that are frozen or canned without the skin compared to fresh.  But, if you keep the skin or if the juice is included, levels are as high or higher in canned versus fresh products.

Fat-soluble vitamin A and carotenoids and vitamin E – Little fat-soluble vitamin is lost in blanching so overall frozen and canned are just as good as fresh.  Nutrient losses depend on the specific fruit or vegetable.  For example, fresh green beans have more beta-carotene than frozen or canned.  However, frozen peas have more beta-carotene than either fresh or canned.  Canned tomatoes have the highest levels of beta-carotene and lycopene, most likely due to heat-induced release of the nutrient with blanching.

Rickman JC, Barrett DM, and Bruhn CM (2007).  Nutritional comparison of fresh, frozen and canned fruits and vegetables.  Part I. Vitamins C and B and phenolic compounds.  Journal of the Science of Food and Agriculture, 87, 930-944.

Rickman JC, Barrett DM, and Bruhn CM (2007).  Nutritional comparison of fresh, frozen and canned fruits and vegetables.  Part II. Vitamin A and carotenoids, vitamin E, minerals and fiber. Journal of the Science of Food and Agriculture, 87, 1185-1196.

I’ve been hearing a lot about “the female athlete triad.” What is this and who gets it?