by Dr. Erin Nitschke
on November 04, 2022
Filter By Category

One hour. Sixty minutes. Three thousand six hundred seconds. This bock of time does not seem significant. It represents about 4% of a 24-hour period. But, what happens when we take away an hour (spring forward) or add an hour (fall backwards) to our circadian clocks? More than just 4% of our daily lives are affected and over 1.5 billion are impacted (Smith, 2016), yet research remains uncertain about just how far-reaching consequences of Daylight Savings Time (DST) are. While adding an hour to the day, as we will in November, has minimal health implications, losing an hour in March can be more taxing to our bodies.

DST causes a cascade of reactions in the body and in our daily routines – much like a row of dominoes carefully organized, one small movement affects the entire system. Think about the human body as that row of dominoes and let’s take a deep dive into how that system is disrupted twice a year (depending on your geographic location as some states and areas do not observe DST).

The human body appreciates and thrives on routine, rhythm, and balance. The body likes to keep a specific cadence to ensure consistent function. If you consider even the smallest (in terms of microscopic, not importance) processes in the body, they have a predictable schedule. Examples would be necessary processes like cellular regeneration, blood cell turnover, protein synthesis, nutrient absorption, and more. These things occur like clockwork. Although an hour of time does not seem significant, it is to the body and DST disrupts this rhythmic balance. 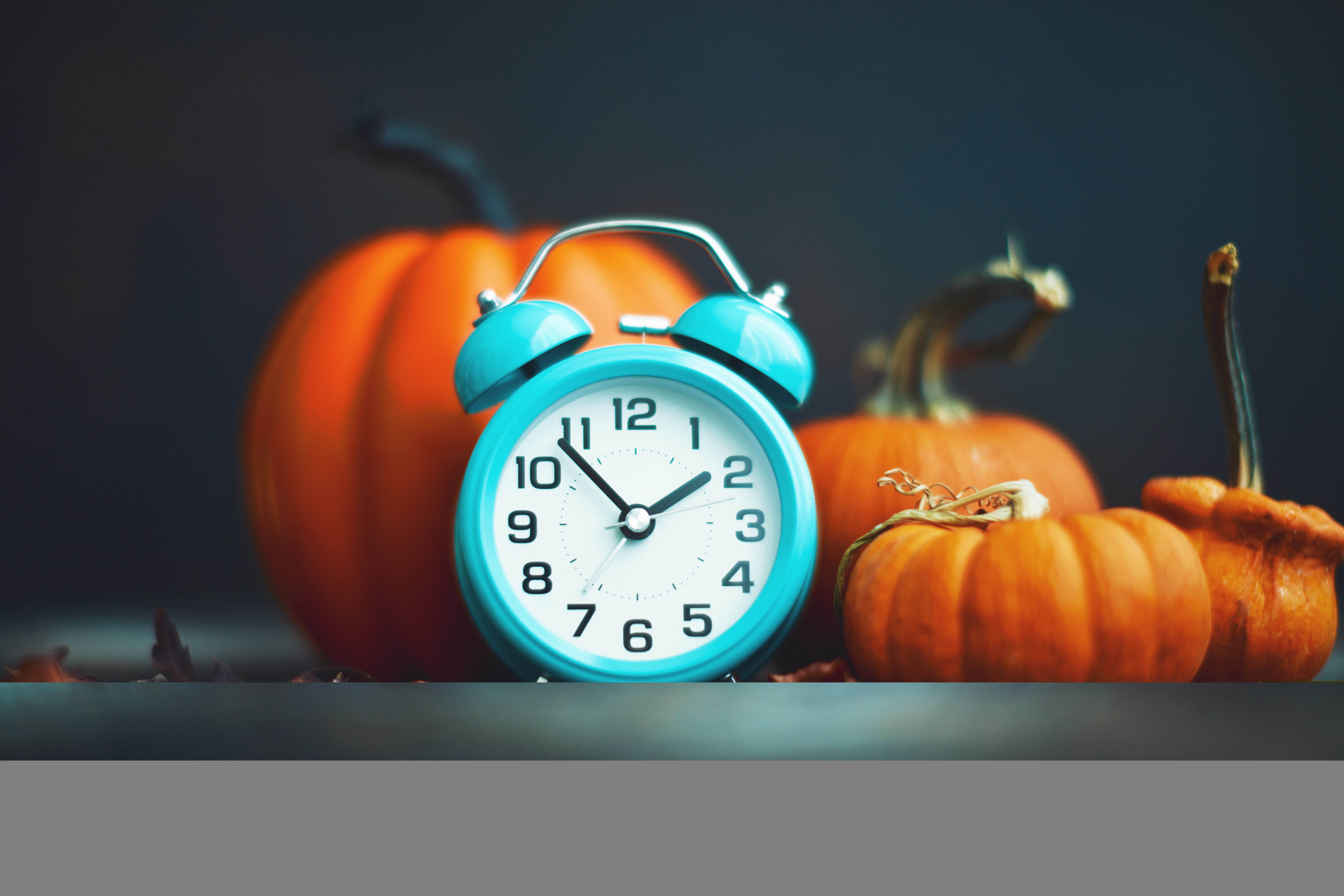 The Systemic Impact of DST

The most obvious aspect of health affected by a time change is sleep. The body has a natural 24-hour circadian rhythm. While this cycle is internal, it is influenced by the environment, medications, and behaviors/habits. Many individuals report additional fatigue, cognitive fog, and mood changes due to lack of sleep or disrupted patterns.

The circadian rhythm controls the release of specific hormones in the body that are related to mood, hunger, and sleep. As a result, the body can experience discomfort and pain. “Cluster headaches”, feelings of increased hunger (due to increased ghrelin presence), and difficulty sleeping or falling asleep due to melatonin changes.

Further, when the time changes and fatigue is a side effect, people tend to consume more caffeine to compensate. A common misconception is that caffeine gives us energy. It actually delays drowsiness by competing with adenosine to bind with adenosine receptors. When the caffeine wears off, adenosine takes its rightful place, and the fatigue comes rushing back in.

We understand body rhythms and physiological processes are impacted (often negatively), but how far reaching do these consequences spread?

Some research has indicated DST has an impact on motor vehicle crashes. Smith (2016) published an article in the American Economic Journal: Applied Economics, that implied that from 2002-2011, the transition into DST caused over 30 deaths. They also highlighted the estimated social cost to be $275 million annually. The author, using the American Time Use Survey (2009) found that Americans sleep 40 minutes less on the night of the fall transition. However, there is not consensus on these findings.

Other research (Johnson & Malow, 2022) highlights a short-term increase in stroke (in susceptible populations), and increased depression after the spring transition in March.

Even the American Academy of Sleep Medicine is in favor of abolishing any further time changes and has advocated for standard time to become permanent. In their position statement, the Academy took a powerful stance by stating:

“Daylight saving time incurs significant public health and safety risks, including increased risk of adverse cardiovascular events, mood disorders, and motor vehicle crashes. Although chronic effects of remaining in daylight saving time year-round have not been well studied, daylight saving time is less aligned with human circadian biology-which, due to the impacts of the delayed natural light/dark cycle on human activity, could result in circadian misalignment, which has been associated in some studies with increased cardiovascular disease risk, metabolic syndrome and other health risks” (Rishi, et al, 2020).

One hour. Sixty minutes. Three thousand six hundred seconds. When compared to the other 23 hours of a day, one hour does not seem like too much to “give up”, however, existing research indicates otherwise. The research highlighted in this article impresses upon us the need to recognize and respect the power of the hour. Whether or not the United States, as a whole, will abolish the long-practiced tradition remains uncertain, but what does not remain questionable is the significant impact a biannual time change carries.

In the meantime, below are some blogs that can help you improve you sleep and sleep hygiene:

Dr. Erin Nitschke, NFPT-CPT, NSCA-CPT, ACE Health Coach, Fitness Nutrition Specialist, Therapeutic Exercise Specialist, and Pn1 is a health and human performance college professor, fitness blogger, mother, and passionate fitness professional. She has been in the health and exercise industry since 2003. Erin believes in the power of a holistic approach to healthy living. She loves encouraging her clients and students to develop body harmony by teaching focused skill development and lifestyle balance. Erin is also the Director of Educational Partnerships & Programs for the NFPT. Erin is also an editorial author for IDEA and NFPT where she writes on topics related to personal training, health coaching, behavior change, and career success. Email her at erinmd03@gmail.com.