The core consists of the muscles that stabilize and support your spine, and includes the muscles of the back and the abdominal region. Developing a strong core is important because these muscles support the entire body, in both exercise and activities of daily living.

The plank, in particular, is effective because it targets the core as a whole and engages multiple additional muscle groups. It also can be performed anywhere without additional equipment, and is modifiable to varying fitness levels.Before jumping into plank variations, however, it is important to get the basics down.

When performing a standard forearm plank, keep the back straight and the elbows beneath the shoulders, and concentrate on engaging and contracting all of the muscles in the body. If your core muscles are fatigued or weak, your back may dip down or your hips will tilt up. If this occurs, drop to your knees for a modified plank or take a moment to rest.

Once you have mastered the basic plank, give these five variations a try. For each exercise, aim to complete a set number of repetitions or perform the exercise for a set amount of time. When performed consistently, these exercises will help you create a stronger, more stable core. 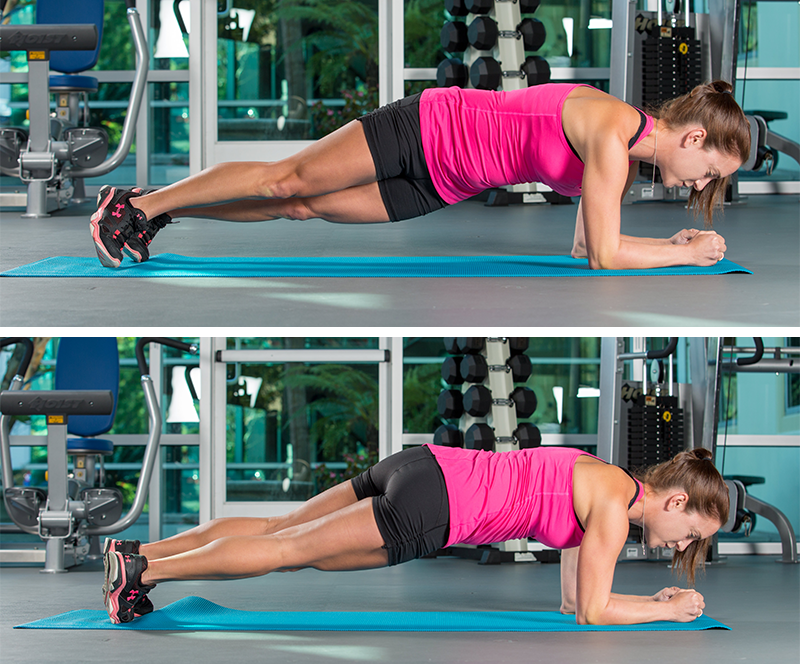 This exercise gets the heart rate up. Begin in the standard plank position on a mat. Come up onto the right hand and the left hand, and then return down to the right forearm and then the left forearm. Repeat. 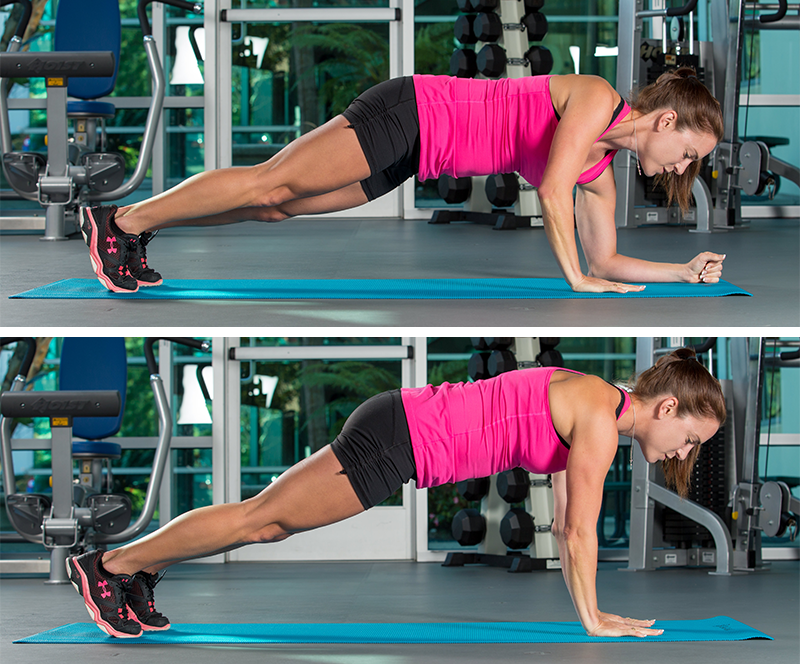 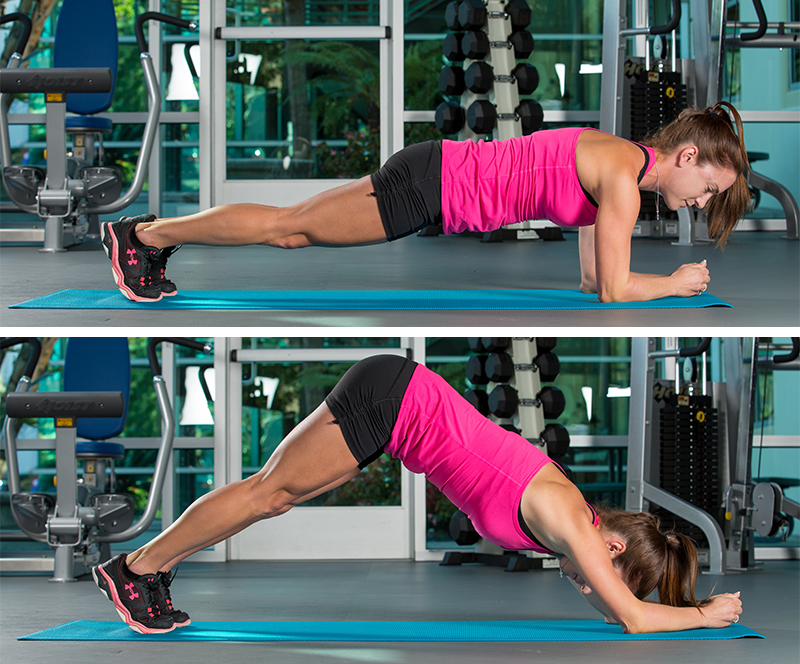 Begin in a high plank. Bring the left knee across the body to try and touch the right elbow. Return to the starting position and then bring the right knee to touch the left elbow. . Aim to keep all muscle groups engaged. Continue to alternate left and right. 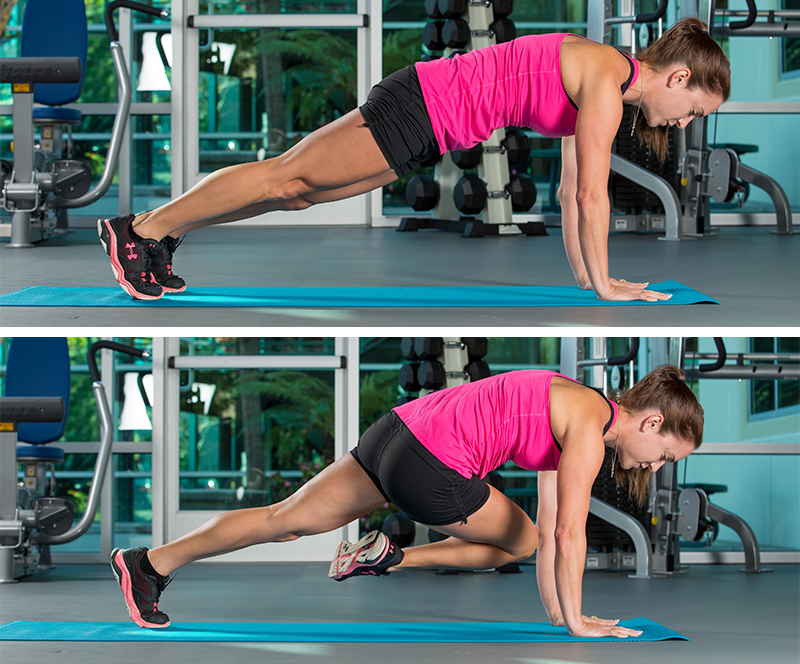 Assume a side plank position on the right forearm and the right foot (you can stack the left foot on top of the right or position it slightly behind the right foot to help with balance). Aim to have the body in a straight line from shoulder to ankles. For an additional challenge, lower the hips to the floor and then lift the hips back up to the beginning position. Complete the same movements on the left side. 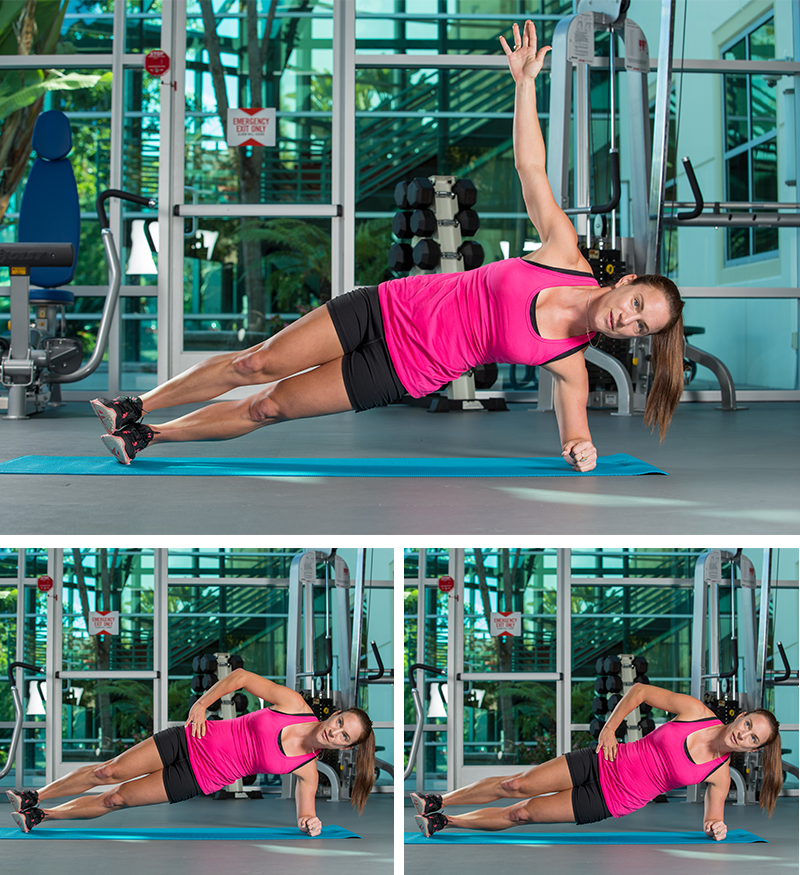 A St. Paddy’s Day Primer on Alcohol and Fitness