by Jessica Matthews
on January 16, 2014
Filter By Category

Tired of the same old moves? Train smarter and add new challenge to your workout routine with these five time-efficient exercises that'll strengthen your entire body, torch calories and have you breaking a serious sweat. 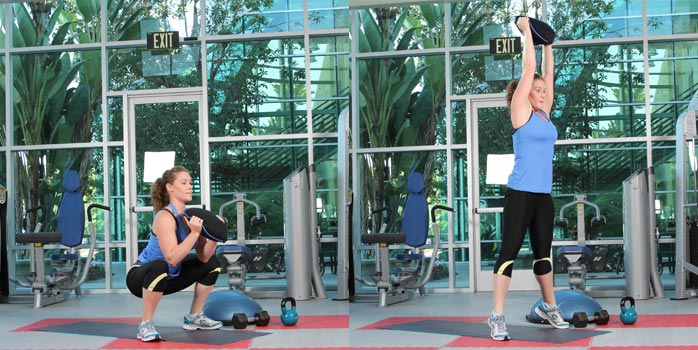 What you'll need: One 20-pound SandBell

The how-to: Hold the SandBell at chest level, gripping each side as you squat down. Push the hips back and bend the knees. Inhale and press the SandBell overhead, rising onto the toes. As you exhale perform a slam, forcibly releasing the SandBell to the ground. Quickly jump or step back to high-plank position, then jump the feet back up to meet the hands, grasping the SandBell with both hands as you return to a low-squat position. Repeat the sequence for 8 to 10 reps.

What you'll need: One 15-pound dumbbell

The how-to: Stand with your feet together while holding the dumbbell in your left hand. Keep the core engaged as you hinge forward at the hips, picking the left foot off the floor and extending it behind you. As you balance on your right leg with the knee slightly bent, continue hinging forward as you lower the weight toward the ground, keeping the hips and shoulders squared to floor and pausing as you reach mid-shin. As you prepare to rise up, perform a single-arm row, drawing your left elbow straight back as you bring the weight in line with chest. With control, rise up to your starting position. Complete a total of 8 to 10 reps before switching sides and repeating.

The move: Thread through push-ups

The how-to: Begin in a high-plank position with the hands slightly wider than shoulder-width apart. Keep the core engaged and hips squared to floor as you draw your left knee toward your left elbow. Next, cross the left knee to right elbow before threading the left leg underneath the body to extend out beyond the right side of the mat. From this position bend your elbows, keeping them close to the sides of your body or allowing them to flare out slightly as you lower toward the floor for a push-up variation. Exhale and press up, returning the left leg back behind you to arrive back at the starting high-plank position. Repeat the sequence on the opposite side. Complete a total of 8 to 10 reps (4 to 5 reps on each side). 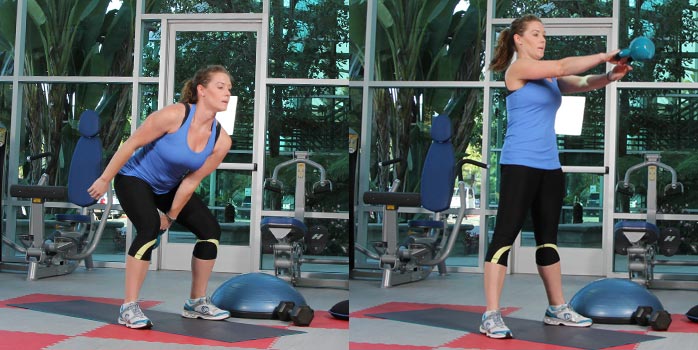 What you'll need: One 20-pound kettlebell

The how-to: Begin in a high-plank position, with hands on each side of the BOSU (dome side down). Keep the core engaged, spine extended and weight evenly distributed so the chest is over top of the BOSU. Step the right foot to the outside of the right hand, being sure to keep the hips and shoulders squared to floor. Step back to high-plank position and switch sides, tapping the toes of the left foot to the outside of left hand. Continue alternating sides as quickly as possible, while maintaining proper form and alignment for 30 to 60 seconds. 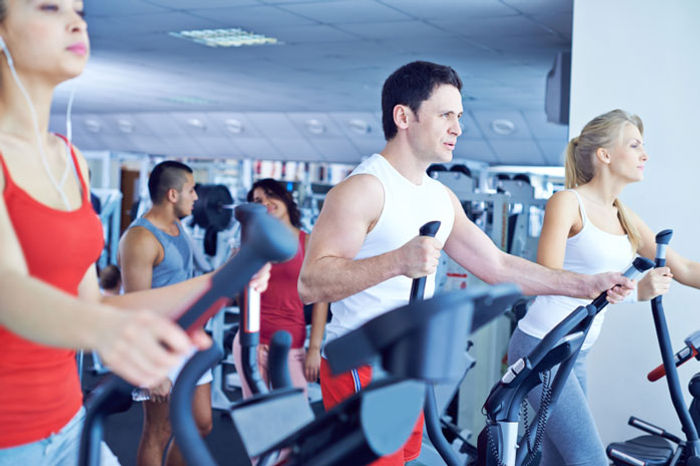