by Elizabeth Kovar
on July 03, 2013
Filter By Category 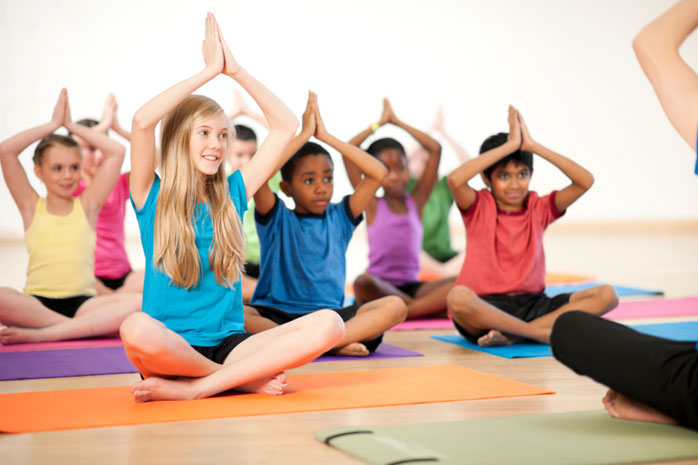 After months of debate and trial, Superior Court Judge John Meyer ruled that the Encinitas Union School District’s youth yoga program does not endorse religious beliefs.  An announcement was made to the public on July 2, 2013. The program, it was ruled, focused on respect, proper breathing and alignment, and did not include a religious component.

Although much debate has surrounded this issue, there are several points the public should note about yoga, including the benefits.

Yoga features a variety of benefits that assist in youth development, offering useful tools that children can develop and carry into their adolescent and adulthood years.

The benefits of yoga include improved strength, flexibility, coordination, posture, balance and body awareness. In essence, yoga is a total-package approach to keeping children active. In addition, posture awareness helps prevent growing spines from “forming” to the inactive, desk and video game posture. Also, many youngsters struggle with weight issues, and yoga offers a safe and effective form of exercise.

Much like adults, children face increased stress from school, peers and home life. Deep breathing and stillness allow the brain and body to mentally and physically relax and disconnect from worries such as teasing or parental divorce.

Increasing numbers of children are being diagnosed with conditions such as attention deficit hyperactivity disorder and autism, which can make it difficult for them to concentrate long enough to complete school tasks. While being present in a yoga pose, children can focus on one thought, which helps improve their ability to find their focus and pay attention during school.

Children are increasingly faced with bullying, both in person and on social media. Yoga teaches children to stay calm and be respectful, even in the most negative situations. In theory, children who develop this skill early on are less prone toward anger as an adult. Learning how to take the time to reconnect with their breath can help children avoid anger-fueled situations by stopping to think before they speak or react.

Children are imaginative creatures, often pretending, for example, to be dolphins playing in a pool or dinosaurs on a playground. Mimicking animals and aspects of nature, such as pretending to be a cobra, lion or tree, allows students to incorporate visualization and enhance their creative side. In other words, it allows kids to be kids.

By its very nature, yoga is fun and playful. As students move through yoga poses, it is common to hear students want to bark in downward facing dog or hiss in cobra pose. It allows students to connect with the fun aspects of yoga and exercise.

The incidence of youth obesity and disease continues to grow at an alarming rate, which makes exposing children to various types of exercise vital to their future health and wellbeing. Children need more role models who will promote physical activity—and, in some cases, that role model may very well be a yoga instructor.