Kids on The Biggest Loser: Inspiration or Exploitation?

by Natalie Digate Muth
on January 14, 2013
Filter By Category 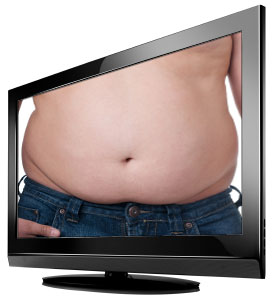 This 14th season of The Biggest Loser marks the first season in which clinically obese kids— Lindsay Bravo (13), Sanjana “Sunny” Chandrasekar (16) and Noah “Biingo” Gray (13)—undergo an intensive weight-loss intervention in front of millions of television viewers. The children are spared the harsh antics directed at the adult participants. (If you’ve been watching, so far, you’ve seen one adult participant get run off the treadmill, vomiting and crying; two participants with crutches; an emotional quit; a nearly-nude snapshot; and, of course, the culminating make-or-break weigh ins.) The kids do not have public weigh-ins; they cannot be booted from the show; and they do not live at the ranch (instead, they complete the intervention while living at home).

The kids’ intervention is under the supervision of board-certified pediatrician Dr. Joanna Dolgoff, a childhood obesity expert and author of Red Light, Green Light, Eat Right. NBC also engaged an advisory panel of respected pediatricians and childhood obesity experts in an effort to minimize real and perceived exploitation of the children and to help the network achieve its stated goal of drawing attention to the childhood obesity epidemic and inspiring families to make changes in their own homes. The children have been billed as “ambassadors” in the national movement to help get kids moving, eating better and achieving a healthier weight.

The kids are very likable and appear to have embraced their “ambassador” roles. In fact, Biingo proclaimed, “I’m here to change America!” in Episode 1. However, the long-term consequences, both good and bad, that may result from their experience on the show are largely unknown. Most of the adult participants from previous seasons have proceeded to gain much of the weight back after the end of the show, and many have admitted to experiencing a variety of mental and emotional health issues. But that may be because much of the support they experience during the show dissipates when the competition is over.

One important factor in each of the kids’ long-term success will be the role that the family has played in the behind-the-scenes work with the children. (Their appearance on the show, so far, has been limited, with a few mentions of home environment and family engagement, but an unclear picture of how much the parents and families have bought into the need for significant changes to the home environment.) Any intervention that ignores the parents and family is unlikely to have a lasting impact for the teens. The parents have undoubtedly played a role in the child's onset of obesity (and may themselves struggle with weight). Likewise, the parents are also a major part of the solution.

Another critical factor that may be easy to overlook are the possible ramifications of an obese child making such a public appearance that highlights his or her weight and efforts to lose it. A recent study of the American Academy of Pediatrics investigated bullying experiences of children and adolescents who had signed up for weight-loss interventions (Puhl et al., 2013). The majority of children reported bullying at school, and the kids who were the heaviest were bullied the most. Peers and friends were the most likely perpetrators, but the kids reported that parents and teachers also teased and criticized them for their weight. The researchers also found that those children and teens that had lost weight and were currently within the normal body mass index (BMI) range still experienced stigmatization and bullying, even after weight loss. This weight-based bullying is associated with a variety of negative health consequences including binge eating, unhealthy weight-control practices, physical inactivity, low self-esteem, depression, social isolation, and suicidal thoughts and behaviors.

Being exposed on such a large scale, there is no telling what the after-effects of the show will be for Lindsay, Sunny and Biingo, regardless of whether or not they lose and keep off the weight over time.

To learn more about how to help children and teenagers adopt healthy habits, visit our Youth Fitness page on acefit.com.

What can I expect in an Aqua Zumba® class?