by American Council on Exercise
on January 03, 2013
Filter By Category

by American Council on Exercise
on January 03, 2013 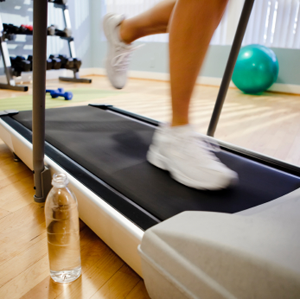 For those who spend countless hours in the gym each week trying to tone up and shed pounds, it’s important to know that their efforts have been worthwhile. Many wonder which type of workout is most effective for fat and weight loss. According to a recent study by Duke University researchers, aerobic training may be a better mode of exercise for burning fat when compared to both resistance training alone or a combination of the two.

While many recent guidelines suggest that resistance training, such as weightlifting, may help with weight loss by increasing resting metabolic rate, this study suggests that aerobic exercise (e.g., walking, running, swimming) may be a more effective way to lose weight. The researchers found that aerobic exercise is a more efficient method of shedding body fat, with the aerobic-exercise group losing weight even though they spent less time training. Conversely, the resistance-training group spent more time training and didn't lose any weight. Furthermore, the combination group was required to exercise for twice as long and got mixed results; they did increase lean muscle mass, but didn't show any greater reductions in body fat or weight compared to the group that only performed aerobic exercise.

"It's true that, from a calorie-burning standpoint, aerobic exercise outperforms resistance training. However, I think it is somewhat shortsighted to conclude or make the recommendation that it's the preferred exercise choice for burning fat," says Dr. Cedric X. Bryant, ACE Chief Science Officer.

Resistance training, as indicated in this study and many others, produces positive results because it increases the relative amount of lean tissue to fat tissue, explains Bryant. Since lean tissue is denser than fat tissue, it takes up less space, which contributes to that leaner, fitter look that many individuals seek.

It's important to keep in mind that, in addition to its potential aesthetic benefits, resistance training offers many other important health and performance benefits including stronger muscles, bones, ligaments and tendons, and better balance, stability and mobility. All of these benefits enhance one's functional performance capabilities, which ultimately can improve an individual's overall quality of life.

How can I stay fit while traveling this holiday season?