by Lawrence Biscontini
on March 07, 2012
Filter By Category 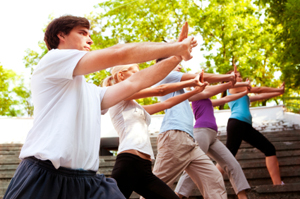 You may think yoga is the oldest exercise discipline. But, among the oldest group exercise movements on the planet — outdating yoga by hundreds of years — is the Chinese discipline of Tai Chi.

Though it may not be as popular in the Western world as yoga because it’s often misconceived in the West as “exercises for the old,” these slow, mindful meditative patterns of full-body standing movements awaken energy, align the body, and promote the circulation of blood and other forms of energy called “chi.” These movements are necessary for all humans — from elite athletes to sedentary individuals.

Chi means the source of life. In yoga, it is called “prana;” in Pilates it is referred to as the “life force of breath;” and Feldenkrais called it “awareness lessons of the origin of movement.”

While the spellings of the words Tai Chi change because of different Eastern and Western dictionaries — like Tai Chi Chuan, T'ai Chi Ch'üan or Taijiquan — the pronunciations are all the same.  “Tai” is pronounced as in English for “tie” and say “chi” as if you’re about to say “cheese,” but without the final “s.”

Tai Chi originated in China. One story of its beginnings goes that, years ago, the emperor Yang woke up one morning in his bedroom from a restless night while his country was at war. When the window shutters were opened and curtains drawn, he looked out upon the scenery below his window.

He observed a snake and a crane fighting one another. The snake moved slowly and cautiously on the ground and had the advantage of covering a large surface area because it is long with a low center of gravity.

The crane did not fly away, but spread its wings and moved around the snake in almost a ballet-like fashion.  Both animals moved as if they were in slow motion and neither striked acutely.

Because of this observation of the natural world of animals, the discipline of Tai Chi was imported into the world of martial arts to accent the Asian emphasis on slow, mindful, meditative movement that becomes more defensive — rather than offensive.  This is why Tai Chi is not practiced quickly or aggressively like some other Asian martial arts disciplines do. 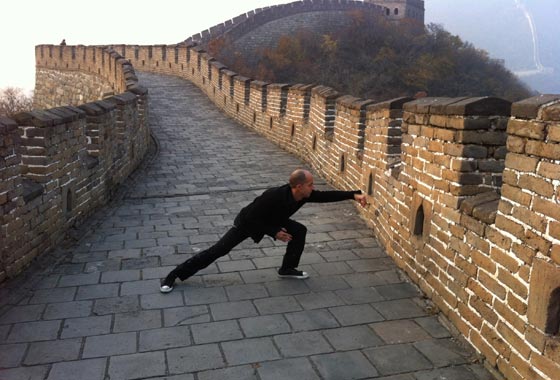 Tai Chi movements are functional training at their best as they involve standing and balancing movements that not only replicate activities of daily life — such as transferring weight through gait (which we all do) — but also challenge these very movements.

Tai Chi consists of standing choreography that has remained unchanged for thousands of years such as the “Yang 24-Movement” form that I personally practice without equipment.  Other choreographies of Tai Chi exist, which consist of varying numbers of movements, different directional changes, and even different equipment like swords and fans.

Now that we’ve covered the definition, history and movements of Tai Chi, let’s talk about its benefits! Everyone can reap benefits from Tai Chi.

For example, sedentary older adults benefit from the weight shifts, balance exercises, and circulation-enhancing movements.  On the other end of the spectrum, elite athletes can improve overall control at a slow speed so that when they return to their regular sport where seconds count, they are much more muscularly efficient.

Different populations in between these two extremes reap similar benefits as well.  While science in the West and East now has peer-reviewed, published and refereed research that documents the benefits of T’ai Chi — from hypertension to self-efficacy — the traditionally-quoted five benefits of the discipline are: (1) breathing improvement, (2) range of motion, (3) balance improvement, (4) visualization and relaxation, and (5) alignment.

While yoga has many, many animals, the main animal in Tai Chi is the horse. We remember that we are “riding the horse” as we squat (as much as your knees are able), keep our spine parallel to the trees if there are any, and feel a heightened sense of stability as our center of gravity is lowered closer to the floor.

We should remember that our center of gravity brings us closer to the floor when we flex our knees, and this makes us stronger and more stable in our martial arts practice.

An inflated gym ball shows no aggression, yet is an incredible example of strength.  Imagine the world’s largest and strongest athlete running at an immobile stability ball resting on the floor.  As he or she nears the ball, he or she throws himself down on it as if to attack it, but bounces back off of the ball with the same force that he or she used to hit the ball.  The ball has no active strength — it is not aggressively pushing away the athlete with force.  However, by simply being still, calm and centered, it exerts its force full of chi.

We should remember this concept when we practice in an effort to harness supreme strength without using it aggressively. This mental concept of “wu-wei,” the ability to meet aggression with a relaxed movement that itself is non-aggressive, is an important mental framework for Tai Chi.

The ancient discipline of Tai Chi definitely holds something for all populations.  Because it works from a principle of directing energy throughout the body, it offers something for all humans interested in seeing a general improvement in overall health, balance, circulation, control, and energy.

Take the next step by seeking out books and searching for Tai Chi classes in your area — you may just be surprised with the abundance of options out there!