How can I avoid a hangover this holiday season?

by Natalie Digate Muth
on December 28, 2011
Filter By Category 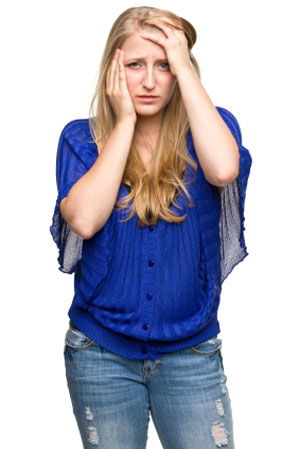 The company of family and friends, a few days off from work, the cheerful holiday spirit, and easy access to festive holiday drinks set the stage for increased alcohol consumption this time of year. Sip just a little bit more than the body can handle and the good times are followed by that  uncomfortable, party-ending, I’m-never-going-to-drink-again…holiday hangover.

With the high prevalence of hangover — more than 75% of people who have ever consumed alcohol report that they have experienced a hangover at least once and 15% of ever-drinkers experience a hangover at least monthly1 — it is no surprise our readers have been asking what they can do to avoid the holiday hangover!

Home Remedies: Do they work?

Whether any of these methods work has piqued the interest of researchers. One group of British researchers analyzed the findings from all of the randomized trials they could find about interventions that may prevent or treat alcohol hangover.
But despite hundreds of websites devoted to the subject, only a small sampling of studies of questionable quality and generalizability were available. While some studies showed modest effects, the authors concluded that based on the available studies, no compelling evidence exists to suggest that any intervention is effective in preventing or treating an alcohol hangover2.

Given the limited evidence, it may be hard to say for sure whether or not a particular substance helps to decrease the hangover. But an understanding of what causes a hangover and what is going on in the body may help us figure out what can help make the dreaded feeling go away.

What exactly is a hangover?

A “hangover” refers to the uncomfortable symptoms — headache, diarrhea, decreased appetite, shakiness, fatigue, and nausea — that occur after heavy drinking.

Symptoms tend to peak when blood alcohol concentration reaches zero, which is why the morning after a night of heavy drinking can be so painful. Generally, hangovers are more severe with larger amounts of alcohol consumption (women who drink more than about three to five drinks, and men who drink more than about five to six drinks are pretty much guaranteed a hangover), but there are other factors:

Ultimately, despite all our scientific advances, a true understanding of what causes and how to prevent a hangover still remains largely a mystery. The only sure way to avoid a hangover is to not drink at all, but if that’s not on the agenda, then at least ensure ample hydration, aim for moderation, and identify a sober designated driver. These few precautionary measures will help keep you in the celebrating spirit all holiday long.

Did you know alcohol eats away at muscle mass? Before you tie another few drinks on this holiday season, keep your health and fitness goals in mind and remember moderation is key. Happy Holidays!