How can I boost my willpower to achieve my weight loss goals?

by Natalie Digate Muth
on January 12, 2011
Filter By Category 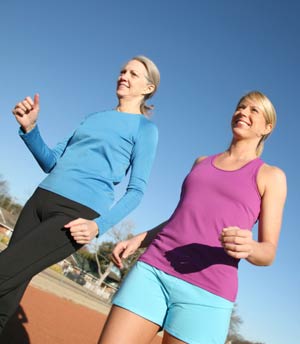 With the New Year in full swing, you’ve probably come up with a few New Year’s Resolutions. If you’re like most people, losing a little weight is probably somewhere near the top of your list. Maybe you’re going to join a gym, or cut out desserts, and go on some restrictive diet… These resolutions already may be testing your willpower.

In fact, chances are good that by April your New Year’s resolutions will be a distant memory, a broken promise to yourself -- until the cycle repeats next January. Why is it that we struggle so much to stick with our health and fitness goals? Vince Lombardi, the legendary football coach, once said: “The difference between a successful person and others is not a lack of strength, not a lack of knowledge, but rather a lack of will.”  Is it our own lack of self-control that sets us up for weight loss failure?

I would argue “no.” Research supports that boosting willpower and self restraint may not be the most productive way to lose weight.  While we tend to rely on willpower and our ability to resist temptation and restrict “bad” foods, in reality, a constant reliance on willpower to control dietary intake makes resisting food temptations much more difficult.  If you’re trying to lose weight, you can lessen the importance of willpower in achieving success by ditching the diet mentality. Instead, commit to permanent lifestyle changes including balanced and healthy nutrition choices (to control caloric intake), regular physical activity (to maximize caloric expenditure), and “behavior therapy” (to facilitate adherence to nutrition and activity goals).  Of course, most people already know they should eat right and exercise.  Here are a few simple behavioral changes that can help turn knowledge into action and at the same time minimize reliance on willpower for weight loss success.

Avoid tempting situations (aka “stimulus control”).  Reduce cues for undesirable behavior and increase cues for desirable behavior.  For example, keep the junk food out of the pantry and stock up on fruits and vegetables, dissociate from friends and colleagues with destructive eating and exercise habits and attitudes, make an effort to spend more time with active and healthy individuals, and eat small well-planned meals throughout the day to help avoid a starvation binge or pit stop to the closest vending machine or fast food restaurant.  To reduce psychological cues to eat (such as boredom, habit and stress) restrict eating to the kitchen or dining room table.

Self monitor. One of the strongest predictors of successful and maintained lifestyle change is monitoring dietary intake. While it can be tedious to keep a daily food log, this practice is highly effective. For one week maintain a detailed food log listing the type and amount of food eaten complete with calories, time of intake, hunger ratings, emotions, and activities at the time of eating.  Also record the types and amounts of physical activity.  Choose two representative weekdays and one weekend day and assess your dietary and exercise quality at www.mypyramidtracker.gov. This exercise will help to identify strengths and weaknesses that otherwise may have gone unchecked, and determine where formerly “forbidden” foods might fit in moderation.

Set SMART goals.  SMART (specific, measurable, attainable, relevant, and timebound) nutrition and physical activity goals help set the stage for weight loss success by transforming vague visions of thinness into a specific plan for a healthier lifestyle.  Here’s just one example of a SMART goal:  “I would like to lose five pounds in the next two months.  I will do this by exercising for 30 minutes three days per week and limiting dessert to one time each week.”  Post visible reminders of the weight, dietary, or fitness goal to help make achieving the goals a reality.

Practice behavioral substitution.  Many people turn to food when bored or stressed.  Before raiding the refrigerator or pantry, ask why you are eating.  If it is for any reason other than hunger, vow to substitute alternative behaviors to eating.  For example, if you eat when you’re bored, take a 10 minute walk instead.

Retrain your brain – and taste buds.  Commit to eating a healthy, well-balanced diet which includes portion-controlled servings of a few of your favorite foods.  This way the deprivation and cravings are minimized, and you might be shocked to find that after a while, the fat- and sugar-filled foods which were once so desirable lose much of their allure.

While willpower is a desirable attribute that is important for successful weight loss for many people, endless efforts to exert willpower often lead to feelings of deprivation, binging, and diet failure.  For restrained eaters, and others who rely heavily on willpower to make healthy nutrition and exercise choices, behavioral changes can help put an end to the ruthless cognitive war and allow eating and exercise to be healthful and enjoyable guilt-free daily activities.