Don’t Be a Sore Loser - Dealing with Muscle Soreness

Delayed onset muscle soreness. It’s the name of the stiff pain you feel as you roll over and reach to turn off the morning alarm after a day in which you trained unusually hard or tried a new exercise.

Some people feel there’s no better reward; others cease to exercise. What everyone should know is that there is a way to prevent this muscle soreness.

There are two types of exercise-related muscle soreness. Immediate muscle soreness quickly dissipates and is the pain you feel during, or immediately after, exercise.

Delayed onset muscle soreness (DOMS) signals a natural adaptive process that the body initiates following intense exercise. It manifests 24 to 48 hours after the exercise session and spontaneously decreases after 72 hours.

Numerous studies have been conducted to determine the cause of DOMS, and the theories have been many and controversial. The most available research attributes it to microscopic tears in the connective tissue surrounding muscle following eccentric exercise.

Those who experience DOMS include conditioned individuals who increase the intensity, frequency or duration of their workouts, or participate in an activity with which they are unfamiliar. In addition, beginning exercisers, or those who have undergone a significant lapse in training, frequently experience soreness when starting a new exercise program.

Studies on the best methods to alleviate DOMS are almost as abundant as the number of studies conducted to determine its cause.

Cryotherapy (the topical application of ice), massage, stretching and the use of nonsteroidal anti-inflammatory drugs (NSAIDs), among other less conventional approaches, have been tested to determine if they can prevent DOMS or are effective treatments. To date, no therapy that hastens the decrease of DOMS has been found. However, some of the therapies previously mentioned may have a minor impact if initiated immediately after intense or unusual exercise.

Once you induce DOMS at a specific exercise intensity, you shouldn’t experience that sensation again until the intensity is increased.

This is because DOMS has been shown to produce a rapid adaptation response, which means that the muscles adapt to an exercise intensity. Until it is changed, soreness won’t occur.

This is the basis for the most widely recommended approach to preventing DOMS: gradual progression and conservative increases in intensity, frequency or duration. Preliminary light exercise may prevent the onset of soreness following a heavy eccentric exercise workout.

Beginners should exercise with light weights, two to three times per week for one or two months, then gradually build. Already conditioned exercisers who want to try a new workout or sport also should begin gradually, taking care not to be overzealous.

A muscle contracts eccentrically when it lengthens under tension during exercise. For example, during a biceps curl, the biceps muscle shortens during the concentric lifting phase and lengthens during the eccentric lowering phase.

Eccentric contractions also can occur during aerobic activity, such as downhill running, in which the quadriceps muscle repeatedly lengthens against gravity to lower the center of mass and aid in shock absorption.

To minimize DOMS, reduce activities that produce high-intensity or high-frequency eccentric contractions (such as heavy resistance training and downhill running, respectively) at the beginning of an exercise program. Then, gradually introduce these activities after several weeks of training and progress slowly so the body has time to adapt to the different challenges of these types of exercises. 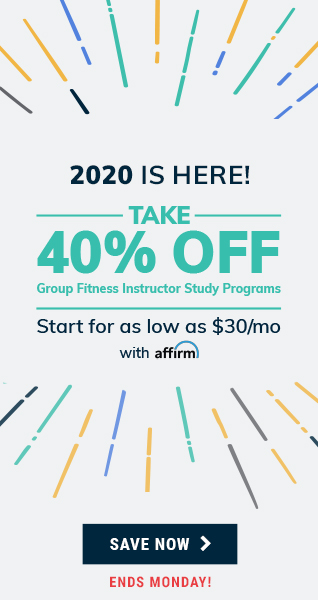