Who is that guy in the mirror?

If a blanket of body fat now hides your once lean, chiseled physique, you’re not alone.

An analysis of large population medical-assessment data comparing body mass index and percentage of body fat suggests the average American male is now about 28% body fat. Male body-fat percentages over about 20% start to carry with them increased risks for morbidity and mortality.

But before you hop on the diet and exercise trend roller coaster, it’s important to understand some of the physiological and even cultural reasons why men gain body fat as they age. With this understanding, proper exercise and nutritional steps can be taken to end struggles with fat loss once and for all.

While men’s metabolic processes tend to be associated with higher morbidity and mortality compared to women, they are at a metabolic advantage when it comes to burning fat, particularly at rest. Due to a favorable hormonal profile for building and maintaining lean muscle, men have more lean muscle mass, which means they burn more calories, both at rest and during exercise.

However, as hormonal profiles begin to change as men reach their thirties, lean muscle mass begins to decrease. By the age of 50, it appears to decrease roughly 1-2% per year.

The most widely accepted and effective interventions for fat loss are similar for men and women. However, keeping a male’s specific physiology in mind while overcoming social and cultural misguidances can offer a blueprint for long-term fat loss.

Here are four “forever fat loss” strategies for men to maximize their physiology, hone their psychology and end frustration forever.

Resistance training has been shown to increase lean muscle mass in both men and women, even with the decrease in the available anabolic hormones associated with age. Maintenance of lean muscle mass is essential for being able to burn calories at rest.

Due to the fact that, compared to women, men naturally have greater amounts of lean muscle and tend to have a greater number of high-force producing type 2 muscle fibers, they are often more inclined to participate in resistance training. There’s also greater acceptance for men to have a strong, muscular physique. However, the greatest metabolic advantages to increased lean muscle come from performing multiple-joint exercises, especially those that focus on the muscles of the lower body.

In general, men tend to gravitate toward exercises that utilize the upper body, particularly the chest and arms, because these muscles are the most visible. While improving strength in these areas adds to the overall goal of a program, these muscles are relatively small when compared to the large muscles of the lower body. Stressing these larger muscles is what triggers greater muscle growth and subsequent metabolic improvements with fat loss.

It’s important for men to incorporate intensive lower-body movement such as squats, deadlifts, lunges and others to maximize the benefits of a resistance-training program.

Again, compared to women, men tend to have a larger number of high force producing, glycolytic type 2 muscle fibers. This makes fat utilization during exercise slightly more challenging than it is for women, so men often prefer higher-intensity, lower-duration activities.

With the emergence of research on the fat-loss advantages of high-intensity interval training, lower-intensity training has been demonized, particularly for men. While it is true that high-intensity training can be extremely effective for fat loss, the supporting physiological phenomena involved with this depends on a properly functioning metabolic system.

When training intensity is relentlessly high and does not allow for recovery on a daily, weekly or monthly basis, the dynamics that allows for the ebb and flow of fat-burning hormones is disrupted. Altering the intensity of aerobic training from high to low can aid in recovery, while also creating a more efficient fat-burning metabolic machine.

3. Put the ego aside at the dinner table.

Culturally, a large, robust appetite is often considered a sign of masculinity. Parents, relatives, friends and coaches in a young male’s life perpetuate this notion. However, as men age and activity levels and lean muscle mass decreases, the notion of the “clean plate club” can lead to overeating and fat storage. Consuming large amounts of calories is fine for a highly active warrior or athlete, but it’s not a good idea for someone who spends 11-15 hours per day being inactive, whether at a desk, at home on the couch or during a long commute.

While the optimal diet for male fat loss is widely debated, adhering to some basic nutritional rules that link actual caloric need with caloric intake can be effective in stopping overeating.

When it comes to assessing the effectiveness of a body fat-loss intervention, the bathroom scale is a poor determinant of success. Muscle tissue is much more dense than fat tissue and weighs more per unit of volume. Rather than signaling fat loss, decreased scale weight can actually be the result of sickness, decreased lean muscle mass and even dehydration.

Readily available at-home body-fat analyzers have small margins of error, but are generally  effective for identifying trends in fat gain or loss. Using this number as a benchmark instead of a number on a scale will keep your fat-loss goals and interventions aligned for the long term.

Knowledge is power. By understanding the unique challenges men face with fat loss and applying the right interventions to create lasting change, men can shed that blanket of body fat forever and move toward greater health and well-being that lasts a lifetime. 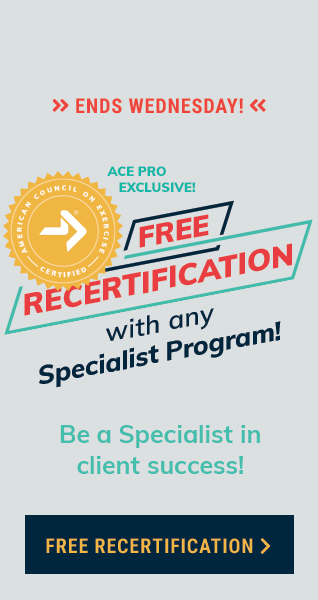 by Brett Klika
on May 03, 2017
Load Previous Article
Brand Anthem