As a health fitness professional who happens to be an amateur cinephile, when watching a movie I always pay attention to how fitness is portrayed. Some movies have nothing to do with fitness or exercise, while fitness may play a minor role or be a major feature in others. It’s always interesting to see how fitness is portrayed and whether or not the characters could actually perform the physical feats displayed on the big screen.

With that in mind, here is a list of movies that have made fitness a memorable part of the story. This list does not include well-known documentaries like Pumping Iron, Bigger, Faster, Stronger or Generation Iron, or biopics that tell the story of a real athletes like Ali or Prefontaine. While these movies are definitely worth seeing, the purpose of this list is to identify the films where fitness is an important element within the story. Most importantly, these movies present fitness in such a way that it makes you want to put on your workout gear and start sweating. So, if you could use a little extra motivation to move, be sure to add these 14 titles to your watchlist:

Wrestler Louden Swain (Matthew Modine) is training to take on the best wrestler in the state, Shute, while falling for an older woman (Linda Fiorentino) renting a room in the Swain household. The scene where Swain challenges Shute as he’s lunging up steps while carrying a log on his back will make you want to find the nearest stadium. The traditional underdog story set to memorable ‘80s music makes this one of the best fitness movies of all time.

In the decade that gave us a plethora of movies featuring the buff bodies of Schwarzenegger, Stallone and Van Damme, it’s ironic that Mathew Modine, hardly a poster boy of fitness, is in two of the top fitness-related movies of the era. In Full Metal Jacket, Modine stars as a U.S. Marine journalist experiencing the horrors of war in Vietnam. What makes this movie memorable from a fitness standpoint are the scenes of Marine recruits training in Parris Island, South Carolina. Former U.S. Marine drill instructor R. Lee Ermey was initially hired as a technical consultant to ensure the accuracy of the recruit training scenes, but director Stanley Kubrick decided to cast him in the role of Gunnery Sergeant Hartman to give viewers a unique insight into the physical trials that forge Marines.

In this classic ‘80s flick, John Travolta stars as a Rolling Stone reporter who travels to Los Angeles to write a story on how health clubs replaced discos as the places where singles cruise for dates. Jamie Lee Curtis stars as the dynamic and popular aerobics instructor who teaches the most popular classes for sweating and mingling. Leg warmers, body suits, an awesome ‘80s soundtrack and Travolta doing dance aerobics as he falls for Curtis make for a fun story about the early days of the fitness subculture.

All Rocky movies should be on the list, but IV stands out because the scenes of Drago and Rocky training for their showdown is probably the best fitness montage ever. How many of us went home and lifted our plastic weight sets after we saw this movie? The irony is that when this movie came out, Drago used high-tech gear and machines in his training, while Rocky was relegated to training in a sparse barn and the frozen Siberian Tundra. If you told me that this movie is what gave Greg Glassman the idea to start CrossFit, I’d believe you.

Marky Mark and the Rock star as gym rats who plot to kidnap an unscrupulous businessman played by Tony Shalhoub. What’s not to love? This story is a great takedown of the “bro subculture” of guys who value brawn more than brains.

Wax on, wax off. Paint the fence. Training balance while standing on the bow of a rowboat. It could be argued that Pat Morita as karate instructor Mr. Miyagi was one of the original trainers to feature movement-based training as a key component of his workout regimen. Eighties heart throb Ralph Macchio portrays underdog Daniel who is training to compete in a karate tournament. “No bad student, only bad teacher. Teacher say, student do,” is one of Mr. Miyagi’s most memorable quotes, and one that is applicable to any fitness effort.

This over-the-top violent movie put Gerard Butler on the map, but if you don’t want to go hit the gym after watching the Spartans in action then you don’t have a soul.

It was hard to decide which Brad Pitt movie was most worthy of recognition on this list—hence, the three-way tie. Whether it’s as Mickey, the bare knuckle-fighting Irish gypsy in Snatch; Tyler Durden, the scrappy anti-hero in Fight Club; or the warrior Achilles in Troy, each role featured Pitt’s physical prowess. Guys like these movies for the action, while women like these movies because of Brad. Regardless of your reason for watching, these films have the power to boost your motivation for training.

Hilary Swank stars as a female boxer who is training under the tutelage of grizzled veteran Clint Eastwood. The training and fight scenes show that women are tough enough to compete in the ring. If you’re a fan of Rhonda Rousey, this movie should definitely be on your watch list.

It’s hard to believe this movie is almost 20 years old, but it is more relevant than ever now that the U.S. military has opened up combat roles for women. In this ‘90s flick, Demi Moore plays the first woman to be considered for the elite U.S. Navy SEALs fighting force. Recalling Moore’s dedication and perseverance in the face of considerable opposition will help boost your mental toughness the next time you’re struggling with a WOD.

The Bourne Identity (all of them)

As a hard-hitting, special operations assassin struggling with an identity crisis, all three of the Bourne movies starring Matt Damon are worth seeing. If you haven’t yet tried Parkour, the stunt-laden action scenes in this trilogy will have you looking up your nearest free-running gym.

Yes, I have seen this movie because of my wife (that’s my story and I’m sticking to it), but we can’t have a list of top fitness movies without including Channing Tatum. In this movie, he’s a ne’er-do-well teen who turns to dancing in an effort to fit in and turn his life around. The soundtrack and dancing scenes will make you want to push the coffee table out of the way and boogie in your living room.

What You Need to Know About Carb Cycling 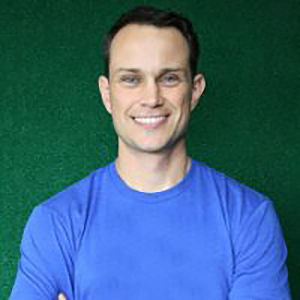