What Style of Yoga is Right for You?

Have you ever picked up a class schedule at a gym or yoga studio with the intention of trying a class, but immediately felt overwhelmed by all the different styles? Or perhaps you’ve been brave and attended a class at random and found it was too challenging or perhaps not challenging enough? With all the different styles of yoga there are, it’s hard to know exactly which one is right for you.

While there is no one-yoga-fits-all choice, there are a wide range of styles to suit every body and every need. Here is a breakdown of some of the more common forms of yoga to help you make an educated decision on whether a particular class matches your needs and goals.

First, it’s important to preface that pretty much every physical practice of yoga is going to be a variation of hatha yoga. “Ha” derives from the Sanskrit word for sun and “tha” derives from the Sanskrit word for moon. Together, these words refer to the nature of a balanced practice. Within hatha yoga, there are numerous variations that you will see offered in your typical studio or fitness facility setting.

-Bikram yoga was created by Bikram Choudhury and involves 26 postures performed in a room heated to 105 degrees Fahrenheit with 40 percent humidity. This style challenges both balance and strength. It also offers the benefit of knowing exactly what poses you will be doing each time because the format of the class is always the same. With other styles, the difficulty can depend on the studio or gym offering the class, the typical participants that attend the class, and/or what the instructor feels like on that given day. However, in Bikram you are going to see the same practice regardless of those other factors. You can learn more about Bikram Yoga at the official website. Note: Hot yoga is often used to describe a style of yoga that is similar to Bikram, but it may also refer to a flow-style of yoga performed in a heated room.

-Gentle yoga, though less vigorous than some other styles of yoga, can offer a major mental challenge for some participants. This style of yoga often involves finding your personal “edge” or the point of tension past the normal range of motion in the joints. These poses are held for several breaths or even minutes to help lengthen the muscles. On a pain scale of 0 to 10, practitioners of gentle yoga should aim for a 6 or 7. It is also challenging to stay present in one’s body, especially when the poses become uncomfortable. This style of yoga, however, involved constantly checking in and staying aware of that personal “edge.”

-Hatha yoga is described as “a specialized branch of bodily postures and techniques for health and longevity” by Paramahansa Yogananda in his book Autobiography of a Yogi. Basically, it involves using series of postures to keep the body as fully functional as possible by building strength, maintaining flexibility, controlling the breathing and increasing kinesthetic awareness. Typically, postures will be held for five to 10 breaths before moving to the next posture. These classes can range in difficulty level from minimal physical demands to very demanding, but most instructors provide variations of the same pose so that all fitness levels can participate and progress.

-Iyengar yoga, created by B.K.S. Iyengar, emphasizes precision and alignment and involves the use of various props (such as blocks and straps) to achieve that perfect posture and receive all the benefits without the hindrance of personal limitations. This class is somewhat physically challenging, but the use of props makes it much easier to get into the poses. For more information on Iyengar Yoga, visit the official B.K.S. Iyengar Yoga website.

-Restorative yoga, unlike gentle yoga, does not aim to push participants to their physical edge. In fact, you don’t want to feel any physical sensations (other than being comfortable and cozy), because the postures are held for about 15 minutes and the goal is total relaxation. These classes involve props and typically include just four or five postures, including a chest or heart opener, a forward fold, a twist and an inversion (in no particular order). These are followed by the final relaxation pose, Svasana. Check out this ACE ProSource article for more information on restorative yoga and some examples of posture.

-Power yoga is a physically demanding variation of vinyasa yoga (see below). However, most yoga teachers provide modifications to allow for all ability levels to participate. This type of yoga may or may not be done in a heated room.

-Sculpt yoga combines yoga with strength-training exercises using body weight, dumbbells or resistance tubing. These classes are usually quite challenging and may or may not be done in a heated room.

-Vinyasa or flow yoga links breath to movement, with the inhale coming on the lengthening or expansion part of a pose, and the exhale corresponding with moving deeper into the posture. For example, a Sun Salutation is an example of a vinyasa. Vinyasa classes are usually quite physically demanding, so it’s a good option if you’re looking for a good workout. Again, instructors typically provide variations and modification for all ability levels.

-Yoga therapy is done one-on-one with a yoga therapist who physically moves you into your edge in various postures. There is also dialogue between the instructor and participant, aimed at uncovering thoughts or feelings elicited by each pose. While it may sound intimidating, these sessions are highly beneficial in that they allow you to go to your mental edge by talking through whatever arises for you in your physical edge. The instructor does all the work of moving your body in and out of postures, so the physical demands are minimal, but much like gentle yoga, staying present in the moment can be a challenge.

Although it is more than 5,000 years old, yoga continues to evolve into new variations and combinations. Just remember that, regardless of which style of yoga you choose, it is always acceptable to come out of a posture and simply observe the class or instructor, and then join back in when you’re ready. A wise yogi once said, “You should always give a class three tries: once to watch it, once to do it, and a third to really feel it.” This way you can get a physical understanding of the posture, learn what that posture is like in your own body, and then create the kinesthetic awareness of what is happening and what sensations or emotions arise in your body during each posture.

There are six true branches of yoga, each focusing on something different. Most classes attend to one or more branches:

-Hatha yoga is a system of postures, known as asansas, which creates awareness and purity within the physical body so that we are fit for meditation.

-Karma yoga is a practice of altruistic giving without attachment to the outcome with the reservation that a higher power is the doer of these actions.

-Mantra yoga involves centering through repeated words or phrases (such as oms), called mantras, which represent different aspects of the spirit.

-Bakhti yoga involves complete devotion to finding the love and divinity in every creature and everything as a sense of continuous worship.

-Raja yoga, which is considered the highest path of yoga, combines elements of the other branches to seek one’s highest self.

10 Tips for Preparing for Your First Race 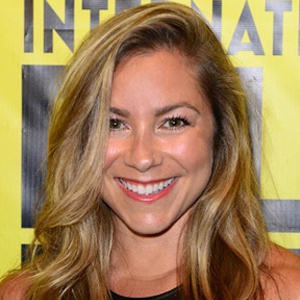