Videos That Made Exercise Go Viral

by Elizabeth Kovar
on October 24, 2013
Filter By Category

Throughout the world of human movement, professional and Olympic athletes have inspired the masses. However, in this modern-day, technological era, inspiration has the power to make a global impact through simple click of a button. Motivation to move is striking a different beat thanks to quirky, fun videos gone viral. YouTube has moved people at work, home and on mobile devices. Three videos in particular—Gangam Style, Harlem Shake and the beloved Prancercise—have been inspiring goofy movement throughout 2013. Pop culture and technology is the future of America, and sometimes inspiration comes from the most unlikely ideas. But, hey, at least people are moving while watching these entertaining videos, right?

With more than 240 million views on YouTube, Gangnam Style boasts a contagious, electrifying beat that makes you want to attend a group exercise class right now! This stimulating Asian-rave video features flashy colors as lead singer, Psy, wiggles it in public places. The famous “trot” looks like a cross between riding a mechanical bull and a jump squat. His unique, quirky flare has inspired thousands of YouTube viewers to create their own videos, including Obama impersonators and babies on roller skates. Gangnam Style refers to the pop culture district of Seoul, Korea, Gangnam District.

This urban-gone-global video is moving millions across the planet, from New York City to Uganda. Synchronized swimmers, professional sport teams, army officers and even penguins are shaking their primal instincts to the hypnotic beat. The original video features bouts of the shake throughout the streets of Harlem. But thousands across the world have tapped their creativity to create hilarious “LOL” videos. Two words of caution—the Harlem Shake increases happiness and laughter, and if you’re suffering from joint pain, stay mindful of your shaking intensity to avoid injury.

Now the world can stop talking and do some walking, thanks to Prancercise. Inspired by horse-like movements, Prancercise is a springy, rhythmic walk focused on the art of physical and spiritual excellence. Creator Joanna Rohrback, who has a heart of gold, uses upbeat words to get people up and walking to the rhythm of their own beat. Her passion comes alive through her philosophy. The YouTube video showcases Joanna gliding in nature with the four modes, or walks, of Prancercise. Joanna incorporates ankle weights, which are generally not recommended during cardiovascular movements as they place undue stress on vulnerable joints and provide little-to-no benefit in terms of significantly boosting the number of calories burned. But you don’t need equipment to reap the many benefits that come from a regular routine of physical activity. So what are you waiting for? Cut the noose and let it loose with a trot or gallop today. 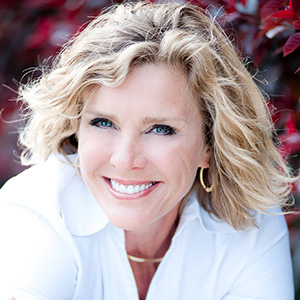