Training the Abs: The New Exercises and the Tried-and-True Move

by Jonathan Ross
on October 01, 2013
Filter By Category

The more we learn about muscles, the more clarity you would expect there to be regarding how best to train them. But with the abdominals, there seems to be no end to the confusion. And the reason is quite simple—the unavoidable errors of extremism. Every time some new “best” way to train the abs comes out, it is usually a cheap, transparent effort to grab your attention by going against whatever is most popular at the moment, and it’s usually packaged with some new concept or program you are sold on.

Here are some simple truths of ab training, along with some great new exercises to try.

The following three exercises are a mix of the new, plus a tweak on a tried-and-true ab exercise, and can be put together for a complete ab workout by doing two sets of each as a circuit.

This exercise is optimally performed with a stability ball, but can also be done on the floor without any equipment. Get into a very slight crunch position (small amount of torso flexion) by lifting the torso or shoulders up off the ball or floor. Hold the top position and alternate punches with the right and left arms. The faster and more powerfully you punch, the more challenging the exercise becomes. For an added challenge, hold light dumbbells in each hand—and I mean light dumbbells. We are using the arms to train the abs, not performing heavy chest presses. It’s never a good idea to punch while holding heavy dumbbells.

Why: Rapidly moving the arms creates a dynamic challenge for the abs to maintain stability.

From a forearm plank position (check out my ACE video Plank School for tips on how to properly perform the plank) lift one foot off the floor. While stiffening the abs to transmit forces into the stance leg, push off with the foot still on the floor explosively while lowering the lifted foot to the floor to catch yourself. Perform this exercise as rapidly as you can with control while switching back-and-forth between legs.

Why: Rapidly moving the legs creates a dynamic challenge for the abs to maintain stability.

The Tried and True Move

Despite the recent anti-crunch hysteria, it is still fine to do crunches, especially if you perform more modern, thoughtful versions of them. This simple but powerful variation does just that. Get into a crunch position on a stability ball. Slightly shift your body off to one side—less is more—until you feel a slight challenge in keeping yourself level and on the ball. From this position, perform a crunch just as you normally would. Avoid the tendency to rotate back toward the center of the ball as you crunch.

Goal: Aim for 15 to 20 reps per side, beginning on your non-dominant side first (if you are right handed, start on the left side of the ball).

Why: The asymmetry inherent in this crunch makes it a terrific mobility challenge for all of the ab muscles, while also developing full-body control and coordination.

Get more out of your workouts by checking out more of Jonathan’s top tips for training the abs.

Music Matters When it Comes to Strength Training 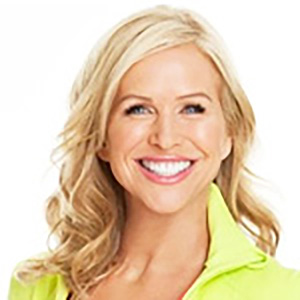