by Jessica Matthews
on April 05, 2013
Filter By Category

When it comes to working out, the most amazing machine of all is your own body! Check out these highly effective, no-equipment exercise swaps for three common weight-machine exercises. We promise you’ll be challenging your body in whole a new way!

Instead of: Heading to the horizontal leg press to work your backside

Try: Heading to the floor for quadruped bent-knee hip extensions 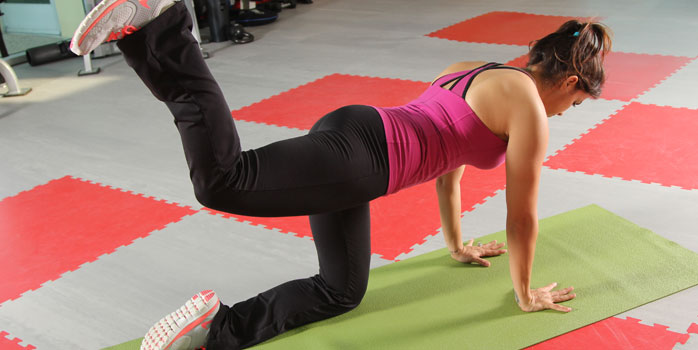 When it comes to sculpting a strong, sexy booty, equipment isn’t always needed. Researchers at the University of Wisconsin-La Crosse concluded that, compared to other common machine-based exercises such as the vertical and horizontal leg press, the bent-knee hip extension exercise elicited a higher degree of muscle activation in the gluteus maximus and gluteus medius, the two main muscles that make up the butt, as well as in the hamstrings (and who doesn’t want that come beach season).

Instead of: Using the cable machine for rope push-downs to sculpt your upper arms

Try: Using your own bodyweight for triangle push-ups 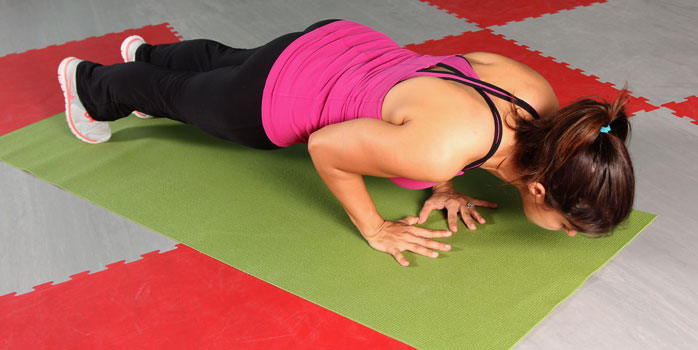 While both moves target the triceps, the muscles in the back of the upper arms, triangle push-ups also help to simultaneously strengthen the muscles of the chest, shoulders and core—definitely a better bang for your buck! This variation on the push-up, in which the thumbs and forefingers are placed together in a triangle shape directly beneath the chest, ranked number one in terms of muscle activation in a triceps exercise study commissioned by the American Council on Exercise. You can reduce the intensity of this move by keeping the knees on the ground, or up the challenge by hovering one foot off the ground. And, because there’s no equipment needed, this move can be done just about anywhere.

Instead of: Taking a seat on the leg extension to strengthen your thighs

Try: Taking an imaginary seat in a squat 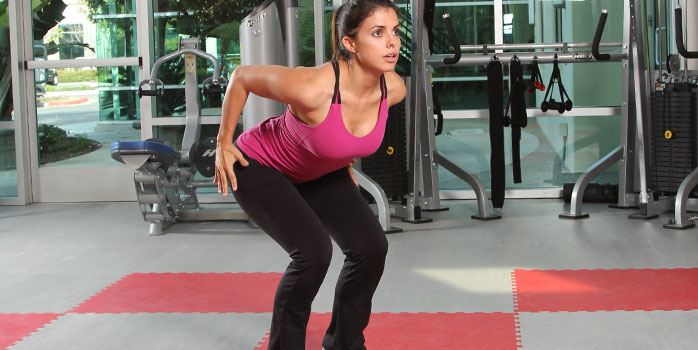 When it comes to increasing thigh strength, squats not only elicit more muscle activity in the quadriceps, they also generate approximately twice as much hamstring activity as compared to leg extensions, according to research from the American Sports Medicine Institute. And, if that added bonus wasn’t enough to get you sitting back into your imaginary chair, individuals who perform squats long-term tend to have tighter, stronger knee ligaments than those who opt not to squat, according to research from Auburn University. To add more intensity to this move, try performing squat jumps, as seen in the photo above, for a new challenge. 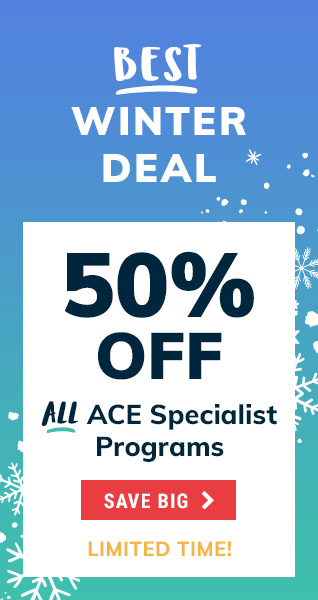 “Spring Clean” Your Kitchen with a Healthy Pantry, Refrigerator and Countertop Makeover: Part 3