Did you resolve to make any changes to your diet in 2015? While we're not big fans of making New Year's resolutions, we do believe in making changes, especially to what we eat. Trying new foods is a great way to get more vitamins, minerals and antioxidants, and prevent boredom. If you eat the same things day after day, you're probably in a food rut, and more likely to jump off the clean-eating ship and onto the junk food highway. Our picks for the foods you should add to your diet this year will give you energy, boost your immunity and keep you coming back for more.

If you like green tea, then you'll love matcha. Matcha tea is a high-quality green tea that is covered before picking to accentuate the color, then stone-ground after it's picked and sealed into small tins. It is high in the amino acid L-theanine, which has been shown to promote relaxation and sleep. In addition to providing trace minerals and vitamins (A, B-complex, C, E and K), matcha is rich in catechin polyphenols, the most important of which is epigallocatechin gallate (EGCG). These polyphenols offer protection against many forms of cancer, reduce cardiovascular risk, stabilize blood sugar levels, and reduce blood pressure and cholesterol levels. Studies have shown that EGCG may help increase calorie burn and help the body used stored body fat as an energy source. Matcha can be used as tea or added to smoothies and baked goods.

Ghee is a golden-colored oil that comes from boiling or simmering unsalted butter and then skimming off the solids and impurities until a clear fat remains. Also known as clarified butter, ghee is commonly used in traditional Indian cooking and is a vital part of Ayurvedic medicine. Although it is high in saturated fat, ghee also contains butyrate, a short-chain fatty acid that can decrease inflammation and improve the functioning of the digestive system. It is also well tolerated by people with a dairy allergy or lactose intolerance, as the milk solids are removed during the cooking process. Ghee can also be used on dry skin and hair, or applied to burned skin. It is high in vitamins A and D and the essential fatty acid conjugated linolenic acid (CLA), if prepared from grass-fed cows. Ghee is very flavorful, so try using it on your veggies or in place of oil when toasting nuts or popcorn.

Bone broth has been used for centuries as a remedy for an ailing digestive system. Many experts believe that an unhealthy or "leaky" gut is related to a whole host of ailments, including inflammation, allergies, autoimmune conditions and neurological disorders. The collagen found in bone broth acts to sooth the lining of your gut, allowing it to heal. It's also a great remedy when you have a cold or the flu as the broth can rehydrate you while also providing antioxidants from the vegetables and herbs. Bone broth is simple to make and can be kept in the refrigerator for a few days. Or you can portion it out into smaller amounts and store in the freezer for future use. You want to use bones that yield more gelatin, such as chicken or pig feet and joint bones. Add the bones to a stockpot or slow-cooker with vegetables (carrots, onion, garlic, celery), fresh herbs (rosemary, oregano, thyme have antiviral properties) and cover with water. Adding a small amount of vinegar will help leach the minerals from the bones. Bring to a boil and then reduce to a simmer; allow broth to cook for as many hours as possible. The longer the cooking time, the more nutrition and collagen will be released from the bones. Make sure to choose bones from organically raised animals.

Miso is a fermented soybean paste that has grown in popularity in both the foodie and natural health worlds. Chefs and foodies love it because of its umami properties. Umami is the fifth taste (besides sweet, salty, sour and bitter) and loosely translates into "earthy." We like to say it's what makes you say "mmmm" after eating something. Miso paste comes in different colors, from pale yellow to dark red/brown, depending on the length of fermentation. Natural health providers love miso because it is a fermented food, which provides probiotics to your digestive tract and boosts your immune system. Miso can be stirred into hot water or broth to make a soup, spread onto bread or crackers, or made into a dressing or marinade.

Move over quinoa, here comes amaranth. Although it is often considered a grain, amaranth is really a seed, which makes it a complete protein and high in fiber. Similar to quinoa, amaranth also has a long history and special properties. A staple of the Inca, Mayan and Aztec civilizations, this 8,000-year-old relative of spinach, beets and Swiss chard was eaten by Aztec royalty because they believed that it had magical properties and would give them amazing strength. Both the seed and leaves of the amaranth plant are widely used.  Amaranth is also high in protein—higher than quinoa—and the amino acid lysine. It’s a good source of folate, choline, iron, magnesium, phosphorus, manganese and phtyosterols, and boasts one of the highest fiber contents of all grains. Like quinoa, it is gluten-free and low on the glycemic index and load scales. Amaranth can be used at any meal—think hot cooked amaranth instead of oatmeal for breakfast, or in place of rice in a fried rice or rice pilaf dish for lunch or dinner. It can also be popped on the stove top like popcorn (except they're really small); use the cooled, popped amaranth as a cold cereal with some almond or cashew milk. 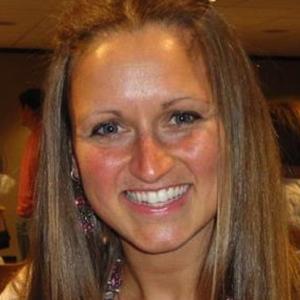