by Makeba Edwards
on February 01, 2017
Filter By Category

If you’re having trouble understanding the concept of the axis of rotation, here is a simplified explanation. This concept builds upon an understanding of the planes of motion and the various types of movements at the joints, so be sure to learn those first before taking on the three axes of rotation.

Just as there are three planes of motion, there are three axes of rotation: the anterior-posterior axis, the mediolateral axis, and the longitudinal axis. Joints rotate in these axes, allowing movement to occur in the planes. 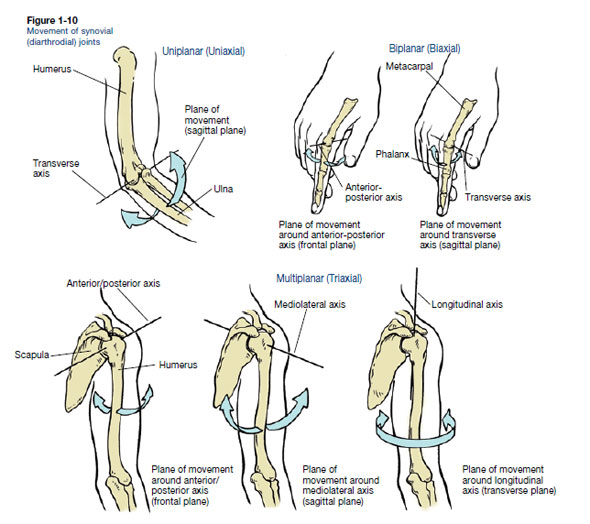 also known as the Sagittal Axis or Anteroposterior Axis

Imagine a pin that inserts through a joint from front to back (anteriorly and posteriorly), effectively pinning down the joint to limit its potential freedom of motion. For example, you can think of a pin entering through the front of the hip joint and exiting out the back. Because of the pin’s position, the only movement allowed about this axis is lateral movement (abduction or adduction) in the frontal plane.

also known as the Transverse Axis

Mediolateral means that we take our imaginary pin and insert it from a lateral, or side approach. As in the earlier elbow example, the axis projects from the medial side of the joint and extends out the lateral side. The position of the pin allows only forward and backward movement (flexion and extension) in the sagittal plane about this axis.

If we insert our pin through the joint from top to bottom, it will allow movement in transverse plane only (i.e., rotation). Imagine a long pin entering the top of the cervical spine and exiting out the lumbar spine. The pin would effectively prevent the spine from bending forward, backward, or side-to-side, but it would allow the spine to twist along a transverse plane.

Joints rotate in these axes, allowing movement to occur in the planes. Some only rotate in one axis, while others rotate in multiple axes.

Uniaxial or uniplanar joints (also called hinge joints) rotate in one axis, allowing movement in one plane. The elbow joint is a hinge joint because it only allows movement forward and backward (flexion and extension) in the sagittal plane.

Biaxial or biplanar joints rotate in two axes, allowing movement in two planes. The foot and hand are examples of biaxial/biplanar joints. They both move laterally, or side-to-side, in the frontal plane and forward and backward (flexion and extension) in the sagittal plane.

Muscles That Move the Arm 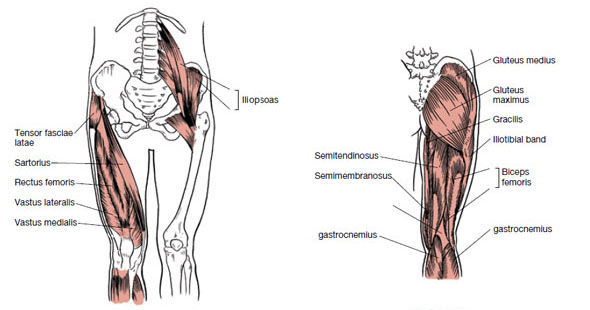