The Basics of Exercise Science (Part 3)

by Jessie Newell
on February 22, 2019
Filter By Category

This blog series will go through key topics that are important for you as an exercise professional.

In this blog, the third of five, we will cover the fundamentals of applied kinesiology. This blog discusses how we move the body with proper form, how to increase or decrease the difficulty level, and how these factors affect our balance and posture (kines- means “movement” and –ology refers to the “study of” so we’re literally studying movement). As always, the key thing to discern from each topic is whether or not this information is going to be important. Ask yourself “How does this apply to training a client or teaching an exercise class?” If there is no practical application, it’s probably a topic where just a general understanding is sufficient. If there is a direct application to an aspect of training, then it’s probably a topic you want to dive into a little deeper.

This topic can seem a little intimidating with all of Newton’s laws of motion, torque, and levers, but keep in mind this is a personal training exam, not a physics exam.  Come back to, “How does this information help me be a better personal trainer?” The answer to that is just applying this science to the human body. What happens to the amount of force placed on the body when limbs are bent versus extended? How does bending from the hips versus the knees affect balance and one’s center of gravity? Here are some of the important topics to take away regarding the fundamentals of movement:

Concentric actions are when your muscles serve as the motive force (caused by the increased speed or change in direction) and are characterized by a shortening of the muscle. Eccentric actions occur when the muscle serves as the resistive force (basically resisting the urge to “plop” down with gravity, i.e., during the lowering phase of a squat) and is characterized by the lengthening of a muscle. Isometric (iso- meaning same and -metric meaning length) refers to a muscle action where there is no apparent change in length (i.e., a plank position).

Planes of motion and fundamental movements:

We want to be able to identify when people deviate from proper form, and we do this by breaking down the fundamentals of an exercise. For example, a squat occurs in the sagittal plane (mostly as flexion and extension of the hip and knee) so if we see any movements in the frontal plane (i.e. knee adduction) or transverse plane (rotation of the torso), we would know that those are compensations that we would want to address in training. If you struggle with identifying the plane of motion, here is an activity that might help you: 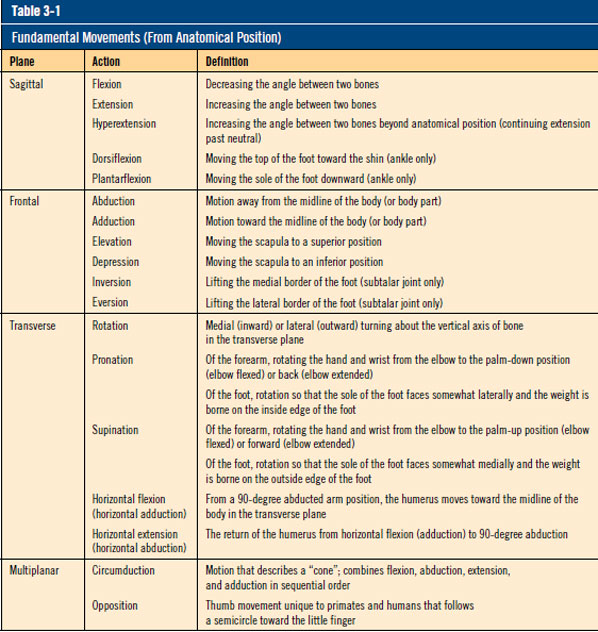 Simply put, this refers to the amount of force placed on the body based on the relative position of the levers (usually the arms and legs). For example, it’s much easier to hold a 50-pound weight when you’re holding it close to your chest, but if you try to hold the weight out in front of you with arms extended, it’s going to be a lot more challenging. When you lengthen your arms (serving as your lever arm), you’re increasing the amount of torque on the body because that weight is now acting on your body from a distance and you must stabilize to stay in balance. Think about regressions (modifications to make an activity easier) that usually involve bending the arms or legs and progressions (modifications to make an activity more challenging) that usually involve lengthening the arms and legs.

The human body is made up of many joints, and some favor stability (meaning they should move very minimally) while others favor mobility (meaning that this is where our Range of Motion should emanate from). Together these joints make up a kinetic (movement) chain, and we can look at how movements affect that chain by looking at what points on the body are fixed and which parts make the movements. When our torso stays fixed and we move our extremities, these motions are open-chain (i.e. frontal raise, hamstring curl.). When our extremities (hands and feet) stay fixed, and the rest of the body moves during an exercise, these are closed-chain (i.e. push-ups, squats.).

Balance and Center of Gravity:

When we aren’t in our most stable position (i.e., anatomical position), this is going to greatly increase the balance challenge placed on the body. For example, we’ve all heard the saying, “Lift with the legs, not with the back.” The reason why it is important to lift from the legs is because the amount of strain placed on the back is greatly increased because your center of gravity (COG) is altered when you hinge forward from the hips, whereas when you bend the knees and lower with the legs, your center of gravity lowers making it easier to remain in balance. Torque and lever length also resurface here; if we’re picking something up off the ground and we bend with the knees, we’re keeping whatever it is we’re trying to pick up closer to our body. However, if we hinge forward from the hips, our levers (arms and legs) are in a more extended position increasing the difficulty level. Think about trying to squat to pick up a 50-pound kettlebell versus trying to deadlift one -- squatting would be the less challenging variation. 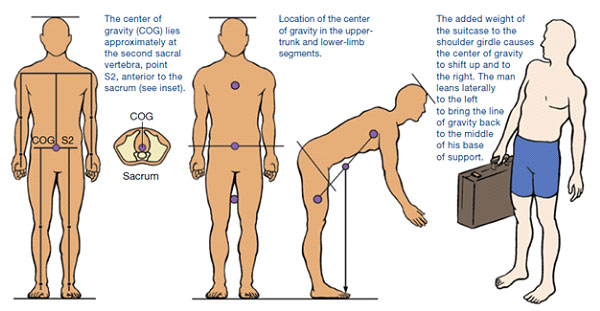 Primary Function of Each Muscle Group

This section revisits the anatomy, but now there is a focus on where these muscles cause movement. Be sure to understand where the various muscles and muscle groups act. Hint: Muscles will almost always affect the joint distal to it. For example, your quads and hamstrings in the thighs are going to act at the knee, or the muscles of the forearm are going to act at the wrist and hand. For more about the anatomy, here are some other resources:

These various terms and anatomical actions are used to eliminate any confusion about what action is taking place. For example, if you asked a client to bring her arm forward, this could be easily confused depending on how the person is positioned and what they perceive “forward” to mean relative to their body position. You want to have an understanding of the following terms, so you can understand what they mean relative to the body and its positioning: agonist, antagonist, synergist, co-contraction, adduct, abduct, flexion, extension, elevate, depress, pronate, supinate, rotation, anterior, posterior, superior, inferior, medial, lateral, proximal, distal, superficial, and deep. 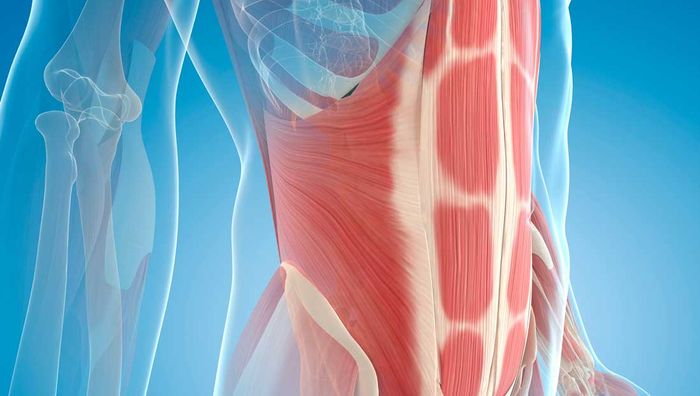 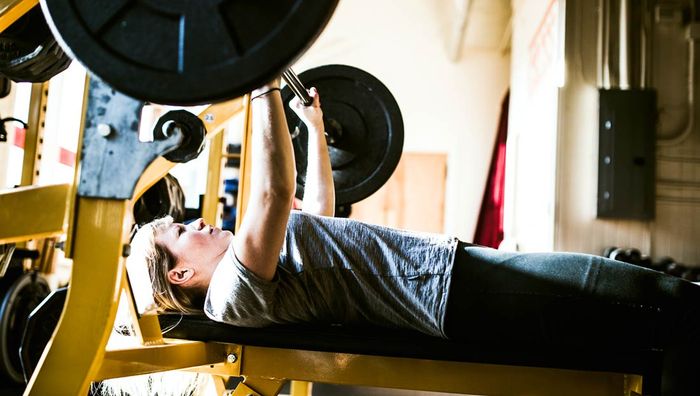 The Basics of Exercise Science (Part 1)