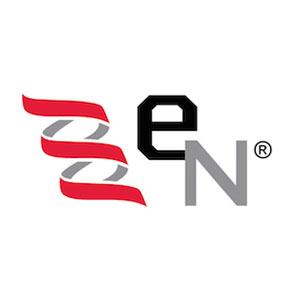 by Evolution Nutrition
on May 06, 2015
Filter By Category

It’s no secret that caffeine can have a significant impact on the human body—just ask anyone who’s had one too many cups or has stopped drinking it all together. The big question that many of your clients may have is how caffeine affects performance as part of a meal plan. Is there anyone out there, novice or pro, who isn’t researching what may or may not affect their performance?

Caffeine itself is technically a psychoactive stimulant drug that is metabolized by the liver. Caffeine is absorbed through the small intestine and stomach within 30 to 45 minutes after ingestion, and can stay elevated in the system for up to three to six hours after consumption. As it’s metabolized, caffeine breaks down into three compounds that have an influence on vasodilation, triggering fat oxidation and decreasing airway constriction in the lungs (in other words, opening up ventilation). It works by stimulating the central nervous system, heart, muscles and the centers that control blood pressure. It’s no mystery that caffeine, with its stimulation of the nervous system and respiration, combined with a boost of energy, can influence sports performance in several ways. In fact, the affects of caffeine on performance have proven significant enough to result in some regulation of the stimulant.

The Regulation of Caffeine

As with other performance-altering chemicals and compounds, caffeine has earned itself specific regulation by several agencies and associations in the sports world. The International Olympic Committee mandates an allowable limit of 12 μg of caffeine per ml of urine. A caffeine dose in the range of 9 to 13 mg/kg approximately one hour prior to performance will reach the maximum allowable urinary concentration for competition. Caffeine consumption and urinary concentration is dependent on factors such as gender and body weight. Therefore, consuming six to eight cups of brewed coffee that contain approximately 100 mg per cup would result in the maximum allowable urinary concentration.

Similarly, the National Collegiate Athletic Association considers urinary concentrations after competition that exceed 15 μg/ml to be illegal. While the World Anti-doping Agency does not deem caffeine to be a banned substance, it has included it as part of the monitoring program, which serves to establish patterns of misuse in athletic competition.

It’s not just a finely tuned nutrition program that can make or break performance. Endurance athletes, in particular, have found caffeine beneficial to performance. McNaughton and colleagues reported the effects of a moderate dose of caffeine (6 mg/kg) on a one-hour time-trial cycling performance. The caffeine condition resulted in the cyclists riding significantly farther during the hour-long time trial, as compared to placebo and control. In fact, time-trial performance was improved 4 to 5 percent by the caffeine treatment over the other two treatments. The use of caffeine in anhydrous (without water) form, as compared to a cup of caffeinated coffee, seems to be of greater benefit for the purpose of enhancing endurance performance. In addition, a low-to-moderate dose of caffeine between 3 and 6 mg/kg appears to be sufficient for enhancing performance in a maximal sustained endurance effort.

The effects of caffeine in sport aren’t limited to improving endurance. Research also indicates the benefits of caffeine in strength performance. Studies on the effects of caffeine in strength-power sports or activities, while varied in results and design, suggest that supplementation may help trained strength and power athletes. Specifically, researchers examined the effects of 5 mg/kg of caffeine in highly conditioned team sport male athletes. The protocol consisted of a leg press, chest press and the Wingate test (an anaerobic test performed on a cycle ergometer). The leg and chest press consisted of repetitions to failure (i.e., muscular endurance) and all exercises were separated by 60 seconds of rest. Results indicated a significant increase in performance for the chest press and peak power on the Wingate, but no statistically significant advantage was reported for the leg press or average or minimum power.

While it’s true that caffeine can help improve performance, it’s important to stay within recommended daily consumption limits. According to the Mayo Clinic, up to 400 milligrams (mg) of caffeine a day appears to be safe for most healthy adults. Adolescents should ingest no more than 100 mg of caffeine per day and children should not consume caffeine. Adults exceeding this recommended daily limit may experience side effects such as insomnia, muscle tremors and a rapid heart beat.

When it comes to performance, we are all looking for ways to improve. From altering a meal plan to support one’s athletic goals to the addition of caffeine in a pre-training routine, changes big and small can make all the difference to performance.

The Best Social Networks for Health and Fitness Professionals

by Ted Vickey
on May 05, 2015
Load Previous Article
Brand Anthem