How to Gain Muscle by Lifting Lighter Weights

It’s one of the most oft-repeated mantras in the gym: “Lift heavy, gain muscle.” It also may explain why so many strength trainers are counted among the walking wounded, as using heavy weights increases the likelihood of using poor form. And poor form is a sure way to get injured. Conversely, the idea that heavy weights are the only way to increase muscle mass means that a lot of people who should be lifting weights for overall health, wellness and general conditioning are not, in fact, lifting weights at all. After all, they may wonder why they should risk getting hurt or feeling intimidated, opting instead stick to nonresistance-based activities.

Fortunately, groundbreaking research out of McMaster University in Hamilton, Ontario, Canada, offers new motivation for beginners to start lifting weights and veteran lifters to consider easing up on the pounds. The research, led by Dr. Stuart Phillips of the university’s Department of Kinesiology, suggests that lifting lighter weights can be as beneficial as lifting much heavier loads for fewer reps, and that the key lies in performing the reps to exhaustion. In other words, it’s not about how much you lift, but rather how intensely you lift.

Half the study participants lifted lighter weights at 30-50% of their 1 repetition max (1 RM) for 20-25 reps. The other half lifted heavier weights at 75-90% of their 1 RM, but only for eight to 12 reps. Both groups exercised until they could no longer perform another rep. At the conclusion of the study, researchers measured the muscle fiber size of all participants and analyzed their blood samples. They found that gains in muscle mass, fiber size and strength were practically identical in both groups.

Another key outcome of the study was that none of the strength gains or growth in muscle size were connected to the presence of growth hormone or testosterone, which is believed to be necessary for significant strength gains. This should be especially encouraging for women who do not produce as much testosterone or growth hormone as men. This means that women can experience the same proportional improvement in strength as men by following a “lift-to-failure” workout routine.

This is also encouraging news for novice lifters, too. Weight rooms can be intimidating spaces for those beginning a resistance-training program, particularly if they feel like they have to lift heavy. The McMaster study demonstrates that anyone can gain muscle mass by lifting to failure. “It’s also a new choice, which could appeal to the masses and get people to take up something they should be doing for their health,” says Dr. Phillips.

It is important to note that, even when using lighter loads, going to failure should be performed with caution. Muscular exhaustion increases the likelihood of losing proper technique when the body fatigues, which can lead to injury. It’s always a good idea to listen to your body and take note of how you feel. When you notice the first sign of breaking form, it’s time to rack the weight, grab some water and take a rest.

Want to move people to achieve their goals and reach their full potential? Become an ACE Certified Personal Trainer! 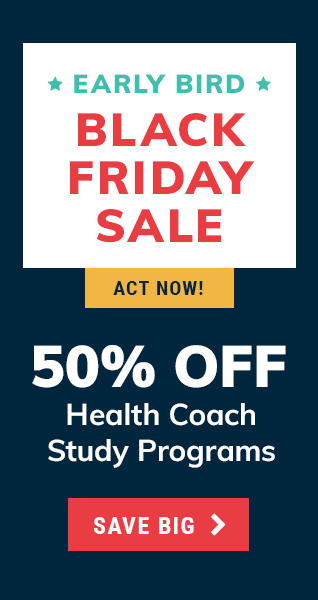