Does a Walk Come With Those Fries?

by American Council on Exercise
on April 26, 2013
Filter By Category 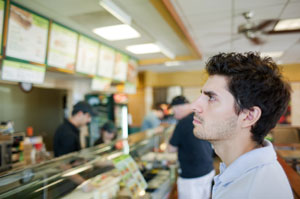 For those of us who enjoy dining out, it can be difficult to gauge how each menu item will affect our waistlines. Some restaurants have begun to put nutritional information on their menus to help patrons choose the right dish. Surprisingly, researchers at Texas Christian University (TCU) are now saying this is ineffective. According to a new study, knowing the amount of calories in an item has little to no impact on a consumers’ food choice. They are, however, influenced by knowing how much exercise would be required to burn off the food they are about to order.

TCU researchers conducted a study among 300 men and women, ages 18 to 30 years old, asking them to purchase food from one of three fast-food menus. All three menus contained the same items—burgers, chicken tenders, salad, French fries and desserts. One of the menus had no labels, one listed the number of calories in each item, and another showed the number of minutes of brisk walking it would take to burn off each item. The participants who chose from the menu with exercise information ordered an average of 139 fewer calories and consumed an average of 97 fewer calories than those who ordered off the menu with no labels. Furthermore, there was no significant difference in the number of calories consumed or ordered between the group that ordered off the menu with caloric information and the group that ordered off the menu with no labels. While the difference was small, “a 100-calorie reduction on a daily basis could lead to some weight loss over the long term,” said senior researcher Dr. Meena Shah, who mentored this study.

“It appears the 'ugh, it's not worth it' mentality may be at work in deciding not to eat something that would take nearly two hours to burn off,” says Dr. Michael Mantell, ACE Senior Fitness Consultant for Behavioral Sciences. “Providing calories alone on a menu may allow people to erroneously think, ‘Oh, I can make it up elsewhere during the day by eating less,’ which they likely won't. However, informing the public of what one would actually have to do to burn off those calories could make it more difficult for individuals to trick themselves into thinking they will do that amount of exercise.”

While there aren’t any plans to change restaurant menus just yet, this study does bring to light an interesting new way to think about the food choices we make. “I think it is very plausible that a fair number of individuals might become more thoughtful regarding their nutritional choices if they knew the cost in terms of the amount of physical activity required to offset the caloric content of the food they choose to eat,” says Dr. Cedric Bryant, ACE Chief Science Officer. “It will be interesting to see if activity-labeled menus will gain any level of acceptance or traction in the near future.”

Keep your calorie consumption in checking by checking out these three easy-to-make restaurant-inspired dinner ideas that are actually good for you! 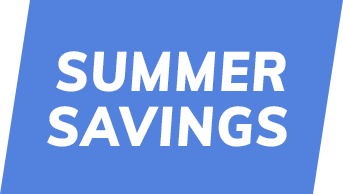 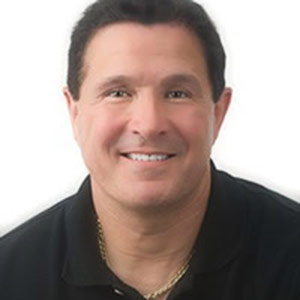